The Philadelphia County District Attorney's Office filed a motion seeking to decline to retry Walter Ogrod for the death of a 4-year-old girl. File Photo courtesy of attorneys for Walter Ogrod

June 5 (UPI) -- A Philadelphia judge on Friday ordered the release of Walter Ogrod, a man who's served 23 years on death row for a slaying prosecutors now don't think he's responsible for.

"The brutal injustice of Walter Ogrod's case is impossibly tragic," James Rollins, one of Ogrod's lawyers, said in a statement.

"This innocent man and his family lost almost 30 years that they should have spent together. Instead, that irreplaceable time together is gone, lost to a system that keeps making the same mistakes."

The ruling ends four months of jostling between the court and Ogrod's attorneys, who sought to have an expedited hearing on his case after their client became ill with symptoms consistent with the coronavirus disease. His lawyers sought to have him released for testing and treatment.

In February, the Philadelphia District Attorney's Office filed briefs saying Ogrod was "likely innocent" of killing the girl and was convicted on flawed evidence, including a coerced confession and testimony from discredited jailhouse informants.

"This is a case where no forensic evidence tied Mr. Ogrod to the crime, where eyewitness descriptions didn't match Mr. Ogrod, and where police coerced a false confession from Mr. Ogrod which got many of the facts incorrect about the crime he allegedly committed," Rollins said.

The Philadelphia District Attorney's Office said it has filed an additional motion requesting to decline retrying Ogrod, who was arrested and charged in 1992 for Horn's death.

"I am sorry it took 28 years for us to listen to what Barbara Jean was trying to tell us: that you are innocent, and that the words on your statement of confession came from Philadelphia Police detectives and not you," Assistant District Attorney Carrie Wood told Ogrod during Friday's virtual hearing.

"Not only did this misconduct result in 28 years of your life being stolen, but you were also threatened with execution based on falsehoods. On behalf of the District Attorney's Office, I want to offer my sincerest apologies to you, your family, and friends."

"Walter Ogrod's case is just the latest example of a broken system that risks the life and liberty of innocent people, one of many reasons why so many conservative Republican state legislators nationwide are nowadays seeking repeal of the death penalty," she said.

Philadelphia County District Attorney Larry Krasner said if Ogrod is officially declared innocent of the crime, he'll be the 13th person exonerated under his 2 1/2-year administration.

U.S. News // 59 minutes ago
Pentagon placed under temporary lockdown after shooting
Aug. 3 (UPI) -- Law enforcement officials said they temporarily placed the Pentagon under lockdown Tuesday morning after reports of a shooting at the Washington, D.C., building. 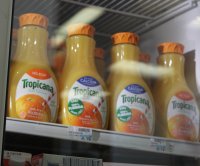 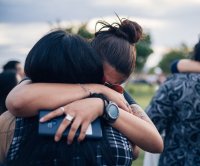