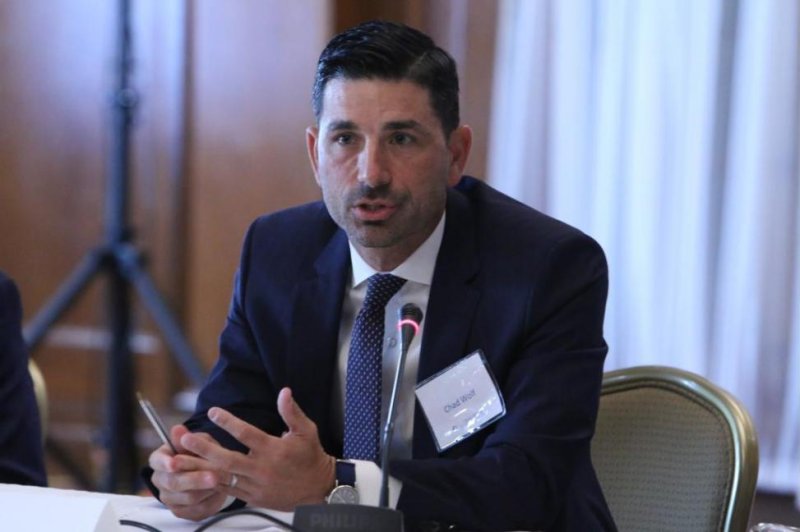 Chad Wolf also was confirmed as under secretary of Homeland Security for strategy, policy and plans. File Photo courtesy of Inter-American Dialogue

Nov. 13 (UPI) -- Chad Wolf was sworn in Wednesday as the acting secretary of the Department of Homeland Security, making him the fifth person to head the agency under the Trump administration.

A department spokesperson confirmed the news to Roll Call and CNN.

The move comes the same day the Senate voted to confirm him as undersecretary of the department's Office of Strategy, Policy and Plans by a vote of 54-41.

McAleenan replaced Kirstjen Nielsen, who resigned in April. Before her, Elaine Duke served as acting secretary after John Kelly's July 2017 departure to serve as chief of staff.

Wolf has worked at the Department of Homeland Security since the beginning of Trump's administration, both at the Transportation Security Administration and as chief of staff to Nielsen.