Jaelynn Willey died at 11:34 p.m after her family took her off of life support, the St. Mary's County Sheriff's Office announced on behalf of the girl's family.

Doctors said Jaelynn Willey was brain-dead after being shot by a gunman at school in Grand Mills, Md., Tuesday, about 55 miles southeast of Washington, D.C.

"As of now Jaelynn is still on life support but she will not make it," Melissa Willey said. "She is brain-dead and has nothing, no life left in her."

Jaelynn Willey was one of two students shot at the school. The other, a 14-year-old boy, was released from the hospital Wednesday after being treated for a leg wound

St. Mary's County Sheriff Tim Cameron said investigators believe Rollins had a "prior relationship" with Jaelynn Willey, though it's unclear if that was part of the motive. Officials said Rollins got the gun from his father, who acquired it legally.

U.S. News // 41 minutes ago
Michigan school shooter was subject of meeting on day of attack, official says
Dec. 3 (UPI) -- The head of the Michigan school district in which a student killed four classmates this week said that the accused shooter was the subject of a disciplinary meeting with his parents just hours before the attack occurred. 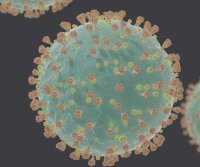 U.S. News // 2 hours ago
U.S. added 210,000 jobs in November -- less than half the number expected
Dec. 3 (UPI) -- The U.S. economy added a little more than 200,000 jobs during the month of November, the Labor Department said in its monthly assessment Friday -- roughly half what most analysts expected.

U.S. News // 3 hours ago
Senate passes resolution to avoid shutdown, fund gov't until February
Dec. 3 (UPI) -- President Joe Biden is expected to sign a short-term government funding bill on Friday after the Senate passed the stopgap measure to avoid the threat of a federal shutdown.

U.S. News // 7 hours ago
Police arrest suspect in shooting death of Jacqueline Avant
Dec. 3 (UPI) -- Police in California said they have arrested a 29-year-old man in connection to the fatal shooting of philanthropist Jacqueline Avant. 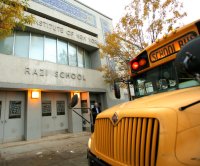 U.S. News // 9 hours ago
NYC mandates COVID-19 vaccine for nonpublic school employees
Dec. 2 (UPI) -- New York City on Thursday mandated that all workers at yeshivas, Catholic schools and other private schools must receive at least one dose of a COVID-19 vaccine by Dec. 20. 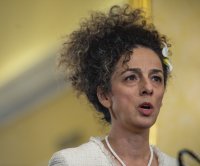 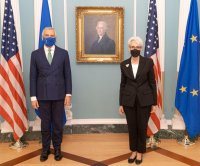 U.S. News // 11 hours ago
U.S., EU hold high-level meeting on countering China
Dec. 2 (UPI) -- The United States and the European Union held their second high-level meeting concerning China as the two sides attempt to foster a united policy to confront and work with the Asian nation amid growing tensions.
Advertisement