The White House called the decision of two lawmakers to skip the event "unfortunate." 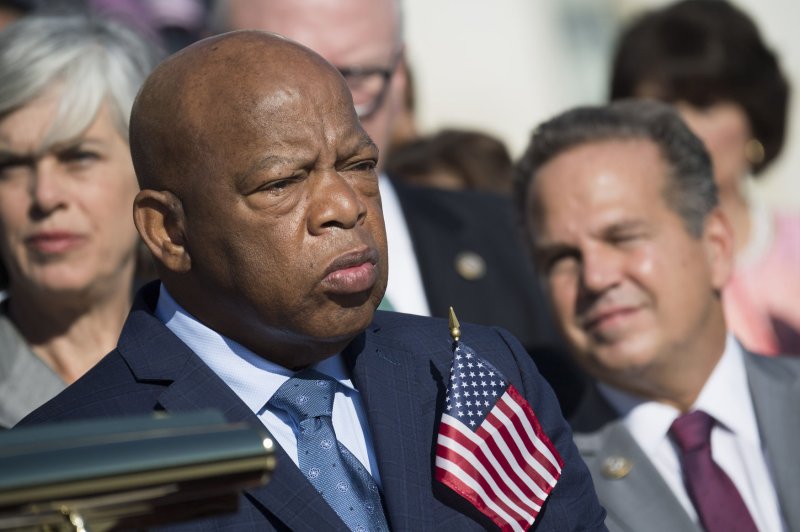 Rep. John Lewis said he will not attend Saturday's opening of Mississippi's Civil Rights Museum because President Donald Trump will be there. File Photo by Kevin Dietsch/UPI | License Photo

Dec. 8 (UPI) -- Civil rights leader Rep. John Lewis said he won't attend the opening of a new museum in Mississippi this weekend, because President Donald Trump will be there.

The Mississippi Civil rights Museum in Jackson will open Saturday.

Lewis, with Rep. Bennie Thompson, said in a joint statement they would not attend as originally planned.

"President Trump's attendance and his hurtful policies are an insult to the people portrayed in this civil rights museum," the lawmakers said. "The struggles represented in this museum exemplify the truth of what really happened in Mississippi."

"Trump's disparaging comments about women, the disabled, immigrants, and National Football League players disrespect the efforts of Fannie Lou Hamer, Aaron Henry, Medgar Evers, Robert Clark, James Chaney, Andrew Goodman, Michael Schwerner, and countless others who have given their all for Mississippi to be a better place."

Lewis has played key roles in the civil rights movement since the 1960s. He has represented Georgia's 5th District in the House since 1987.

Although they won't be there, Lewis and Thompson encouraged all Americans to visit the museum -- "after President Trump departs."

In response to the boycott, White House press secretary Sarah Huckabee Sanders said it was "unfortunate."

"The president hopes others will join him in recognizing that the movement was about removing barriers and unifying Americans of all backgrounds," Sanders said.

"It's laughable that the White House is criticizing Rep. John Lewis and Rep. Bennie Thompson for not attending the opening of a civil rights museum that honors the sacrifice of ... John Lewis, Bennie Thompson & many others," CBC Chairman Rep. Cedric Richmond said.

The museum will open at 11 a.m. Saturday and will feature speakers including Myrlie Evers, the widow of slain civil rights leader Medgar Evers, and Mississippi Gov. Phil Bryant.

U.S. News // 13 hours ago
Developing storm may bring breath of winter to Northeast
AccuWeather forecasters are intently tracking a developing storm that could potentially bring a wintry mix to parts of Northeast and steady rainfall along Eastern Seaboard as the second week of December gets underway.

U.S. News // 15 hours ago
CDC director: Omicron cases 'likely to rise' as variant detected in 16 states
Dec. 5 (UPI) -- CDC Director Dr. Rochelle Walensky warned Sunday that cases of the COVID-19 Omicron variant are "likely to rise" as they have been detected in at least 16 states.