Charmaine Yoest (R), former president of the Americans United for Life anti-abortion group, seen alongside her husband John Wesley Yoest, Jr., has been chosen by President Donald Trump to serve as assistant secretary of public affairs at the Department of Health and Human Services. Photo courtesy of Charmaine Yoest

May 1 (UPI) -- President Donald Trump appointed Charmaine Yoest, former president of the Americans United for Life anti-abortion group, to serve as assistant secretary of public affairs at the Department of Health and Human Services.

Yoest, a conservative author and commentator, actively campaigned for Trump. She is a senior fellow at the American Values conservative non-profit in Washington, D.C.

Yoest and her husband, John Wesley Yoest, Jr., are the parents of five children and live in Virginia. As the leader of Americans United for Life, which promotes anti-abortion legislation, from 2008 until 2016, Yoest helped states adopt numerous abortion restrictions, such as a ban after 20 weeks of pregnancy.

"Congrats to Charmaine Yoest on appointment as assistant secretary of Health and Human Services. Yet again, this administration demonstrates strong commitment to the pro-life cause," House Speaker Paul Ryan said in a statement.

Some groups have criticized the move. Yoest has previously made medically dubious statements, such as that abortion increases a woman's risk of developing breast cancer -- something dismissed by the National Cancer Institute.

"It is unacceptable that someone with a history of promoting myths and false information about women's health is appointed to a government position whose main responsibility is to provide the public with accurate and factual information," Planned Parenthood Executive Vice President Dawn Laguens said in a statement.

U.S. News // 8 minutes ago
State Dept. expands eligibility for Afghan refugees to resettle in U.S.
Aug. 2 (UPI) -- U.S. officials announced on Monday that they are expanding the number of refugees who will be allowed to flee rising violence in Afghanistan and resettle in the United States.

U.S. News // 4 hours ago
COVID-19-related evictions expected to surge in U.S. after CDC ban expires
Aug. 2 (UPI) -- Millions of struggling Americans nationwide are now facing the prospect Monday of being evicted from their homes after a national ban that kept landlords from kicking them out expired over the weekend. 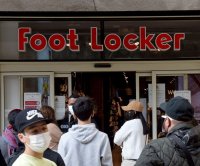 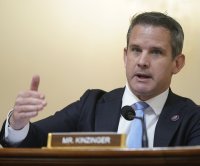 U.S. News // 21 hours ago
Kinzinger: Jan. 6 committee to issue 'a significant number of subpoenas'
Aug. 1 (UPI) -- Rep. Adam Kinzinger said he expects the select committee investigating the Jan. 6 riot at the Capitol to issue many subpoenas including against House Republican leader Kevin McCarthy and others who spoke to Donald Trump.

U.S. News // 23 hours ago
Severe storms to kick off August for Northeast
Aug. 1 (UPI) -- Cooler and less humid conditions are settling in across the Northeast but more storms are on the way to the region before the weekend is over. 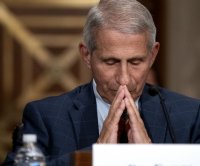