Democratic candidate Hillary Clinton made her first appearance at the Capitol since her election defeat to honor Reid.

Senate minority leader Harry Reid, D-Nev., gazes at his portrait during an unveiling ceremony at the U.S. Capitol in Washington, D.C., on Thursday. The five-term senator from Searchlight, Nev., who leaves office in January, delivered a farewell address on the Senate floor on Thursday. Photo by Kevin Dietsch/UPI | License Photo

WASHINGTON, Dec. 8 (UPI) -- After a rigorous three decades in the U.S. Senate, Democratic minority leader Harry Reid was nostalgic on Thursday as he delivered his long-awaited farewell to Capitol Hill.

The five-term senator from Searchlight, Nev., addressed colleagues and special guests with an 80-minute speech Thursday, nearing the end of what will have been exactly 30 years in the chamber. During his remarks, he offered views in hindsight and advice on going forward.

"It's a long way from Searchlight to the United States Senate," Reid said in his farewell address from the Senate floor. He started his remarks with a recollection of his early years, being raised in the economically unstable rock-mining community of about 250 people -- a hometown he later became embarrassed to claim.

Reid said after receiving a solid upbringing, he saw his parents' health decline over the years -- long before the days of widespread employee-furnished or government-offered health care.

"I think everyone can understand a little bit of why I have been such an avid supporter of Obamacare, health care," he said.

During young adulthood, the soft-spoken senator said he found a way to accept who he was -- and even where he came from -- thanks to famed "Roots" author Alex Haley, whom he heard speak in Nevada once, when he was fairly new in government.

"He said be proud of who you are. You can't escape who you are," he recalled. "And I walked out of that event that night a different person, a new man."

Reid expressed a fondness for his years as a public servant and eventually touched on current issues during his address -- from Obamacare, to the news media, to the domestic economy.

"The stimulus, the American Recovery and Reinvestment Act [of 2009] -- we got that done," he said. "It was so good for our country."

"The Affordable Care Act ... It would have been wonderful if we had something like that around to help my family when we were growing up," he noted.

"We're entering a new gilded age. It has never been more important to be able to distinguish between what's real and what is fake," Reid said of the mainstream news media. "We have media outlets pushing conspiracy theories disguised as news. Separating real from fake has never been more important. ... [Pope Francis] said yesterday, 'The media that focuses on scandals and spread fake news to smear politicians risk becoming like people who have a morbid fascination with excrement.' ... I admire what you do and understand the challenges ahead of you. But be vigilant because you have as much to do with our democracy as any branch of government."

Reid has spent some of his remaining weeks in Congress as an outspoken critic of President-elect Donald Trump -- and a staunch supporter of Democratic nominee Hillary Clinton, who on Thursday made her first public appearance at the U.S. Capitol since her shocking election defeat.

"This is not ​exactly ​the speech at the Capitol I ​hoped to be giving after the election," she said at the start of her remarks. "​But after a few weeks of taking selfies in the woods, I thought it would be a good idea to come out."

The rest of the Senate, including Vice President Joe Biden, and several other leaders attended Thursday's tribute -- which included an unveiling of his official portrait, which will hang in the Capitol from now on.

Reid, who officially arrived in the Senate on Jan. 3, 1987, announced earlier this year that he would leave office at the end of his term in January. During his tenure, he served as majority whip, minority whip, majority leader and minority leader. Before the Senate, he spent two terms in the U.S. House.

Reid will be officially succeeded by fellow Democrat Catherine Cortez Masto when she fills his seat on Jan. 3.

"Whatever success I had in my educational life, my life as a lawyer, my life as a politician, including my time in Congress, is directly attributable to Landra, my wife," he said in his concluding remarks. "We have five children. We have wonderful 19 grandchildren. She has been the being of my existence. ... We understand we will have a different life. We have said and we believe that we're not going to dwell on the past. We'll be involved in the past any way we need to be, but we're going to look to the future.

"I wish everyone the best. ... Thank you for your friendship and support over the years." 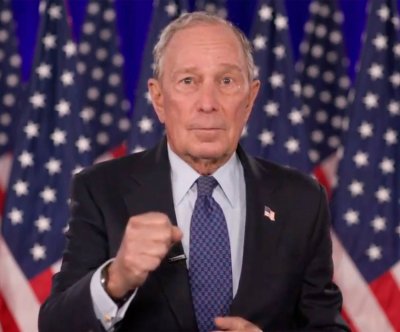 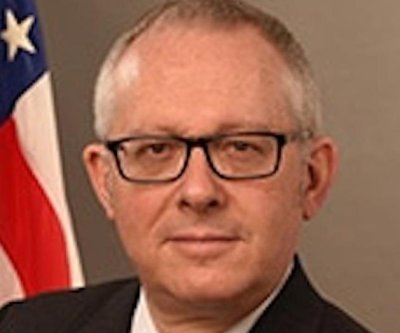 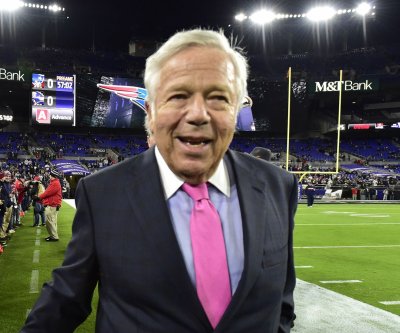