Only about half of American adults support free tuition at public colleges and universities, according to a Gallup poll. Photo by Calvste/Shutterstock

PRINCETON, N.J., May 3 (UPI) -- U.S. adults overwhelmingly like the idea of free child care and prekindergarten but are divided on eliminating tuition at public colleges and universities.

These are the findings in a Gallup poll on views on reducing the cost of education.

The Republican candidates have not been as strong on the issue. Donald Trump has written and spoken out broadly against student loan debt. And Ted Cruz hasn't spoken publicly on the topic but he is in favor of the Bipartisan Student Loan Certainty Act of 2013, which ensured all federal loans would be tied to financial markets and placing a cap on rates.

Results for this Gallup poll are based on telephone interviews with 2,024 adults conducted April 21-24, with a margin of error of 5 percent.

In a Gallup poll last month, the percentage of Americans who view having a degree or certification as "very important" stood at 70 percent.

RELATED Half of Americans say their taxes are 'unfair'

U.S. News // 35 minutes ago
Report: NFL QB Dwayne Haskins was legally drunk when struck by truck
May 23 (UPI) -- NFL quarterback Dwayne Haskins had alcohol and drugs in his system when he died as a result of being hit by a truck while attempting to cross a South Florida highway. 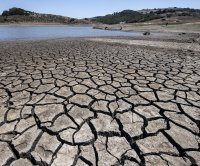