That political tactic, advocated by some Tea Party-endorsed Republicans, is "sort of swinging for the fences" and wont even hurt the Patient Protection and Affordable Care Act, the Wisconsin Republican told CBS' "Face the Nation."

"There are more effective ways of achieving that goal," such as delaying parts of it, he said.

"So it's not a matter of whether or not we want to get rid of Obamacare, we do," he said.

"We're having a debate about the best course of achieving that goal, the best strategy. And with the government shutdown, so to speak, we're talking about discretionary spending, just government agency budgets, but it doesn't affect entitlements.

"Obamacare is an entitlement, like Medicare and Social Security is, and so the entitlement carries on, even under a government-shutdown scenario," Ryan said.

"I think there's going to be a better strategy to actually achieve our goal of ... ultimately replacing Obamacare," he said.

GOP congressional leadership is divided over calls from Tea Party-backed Republicans, including Sens. Ted Cruz of Texas, Marco Rubio of Florida and Rand Paul of Kentucky, to oppose Obama's 2013 fiscal budget because it will include Affordable Care Act funding.

Opposing it could hold up budget approval, causing Congress to miss the deadline before the new fiscal year begins Oct. 1. Missing the deadline would shut down all but "essential" government services.

The exact details of which government functions would stop during a shutdown would be determined by the Office of Management and Budget. Among the services shut down in the past were U.S. national parks and passport offices.

A shutdown would also cause a large number of civilian federal employees to be furloughed. Military personnel would not furloughed, but would likely not be paid as scheduled.

U.S. News // 54 minutes ago
Google agrees to pay news publishers $1 billion for content
Oct. 1 (UPI) -- Tech giant Google said Thursday it has agreed to pay more than $1 billion to dozens of publishers for news content over the next three years, an answer to complaints that have been made for years by outlets. 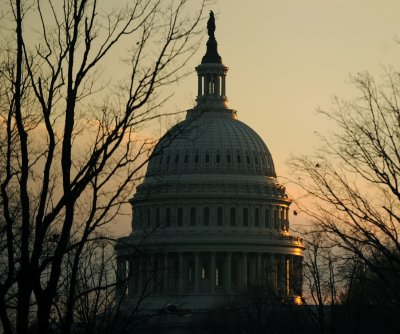