On Sept. 27, 1938, Queen Elizabeth christened the world's largest ocean liner with her own name during a ceremony in Scotland. 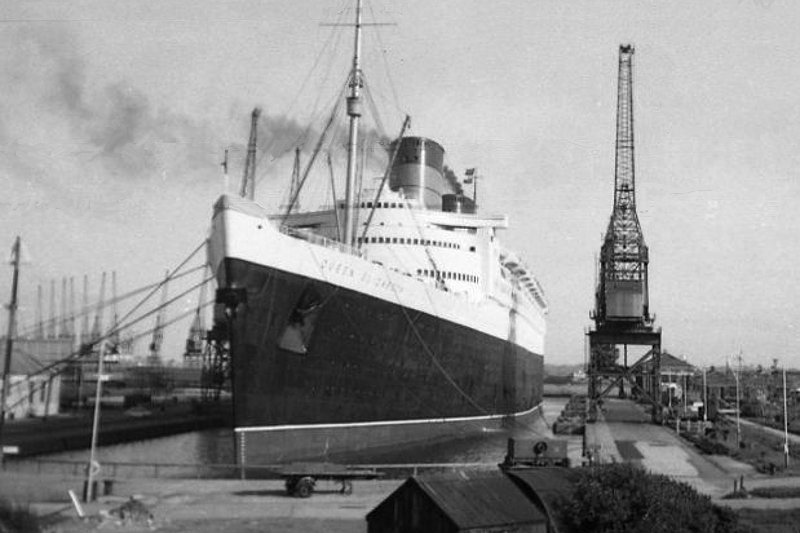 On September 27, 1938, Queen Elizabeth christened the world's largest ocean liner with her own name during a ceremony in Scotland. File Photo by Ian Taylor/Wikipedia.

In 1954, The Tonight Show made its television debut with host Steve Allen.

In 2009, German Chancellor Angela Merkel was assured of a second term when her party, the Christian Democrats, easily won the nation's parliamentary elections. Merkel began a third term in late 2013.

In 2014, Mount Ontake, Japan's second highest volcano, erupted in a cloud of ash, killing 63 people, many of them hikers.

World News // 3 hours ago
1 in 5 experience workplace violence worldwide
Dec. 5 (UPI) -- A first-ever global survey of workplace harassment and violence found at least one in five people experience some form of violence at work.

U.S. News // 3 hours ago
About 1 in 3 Gen Z workers putting off retirement savings
Dec. 5 (UPI) -- Gen Z workers have pushed off saving for retirement at a higher rate than other age groups in the last two years, a new survey finds.

U.S. News // 5 hours ago
Seasonal flu activity high in D.C., RSV 'causing most strain' in W.Va
WASHINGON, Dec. 5 (UPI) -- It promises to be a severe flu season this winter, as illustrated by a rising number of cases in Washington, D.C., among other places nationwide. But a W. Va. health department says RSV has caused the most strain so far.