The Gemini 8 docking, Crimea's vote to join Russia ... on this date in history;.

Ukrainian self-defense volunteers stand outside the Parliament building in Kiev after a March 16, 2014, referendum in which the people of Crimea voted overwhelmingly for the peninsula to leave Ukraine and join Russia. File Photo by Ivan Vakolenko/UPI | License Photo

Neil Armstrong, in a biological isolation garment, waves as he exits the recovery helocopter on the USS Hornet after returning from the Apollo 11 moon mission July 24, 1969. Armstrong was on another historic space mission March 16, 1966, the docking of Gemini 8 and an Agena craft with fellow astronaut David Scott. NASA/File/UPI | License Photo

Visitors walk past the Iwo Jima Memorial in Arlington, Va., on Feb. 5, 2010, a snowy day. The Battle of Iwo Jima was one of the major World War II conflicts in the Pacific. On March 16, 1945, U.S. forces announced they had secured the Island in their fight against Japanese troops.. File Photo by Alexis C. Glenn/UPI | License Photo

Heart band members and sisters Nancy Wilson (R) and Ann Wilson, attend a ceremony honoring them with a star on the Hollywood Walk of Fame Sept. 25, 2012. File Photo by /Jim Ruymen/UPI | License Photo

In 1827, Freedom's Journal, the first African-American owned and operated newspaper in the United States, was published in New York.

In 1945, the Island of Iwo Jima was declared secure by U.S. forces in one of the major World War II conflicts in the Pacific.

In 1968, about 300 Vietnamese villagers died at the hands of U.S. troops in what came to be known as the My Lai massacre.

In 2009, Japan reported its gross domestic product fell at a 12.7 percent annual rate in the last quarter of 2008, plunging the country into what experts said was its worst financial crisis since World War II.

In 2012, Belgium observed a national day of mourning for 28 people, 22 of them children, killed in a bus crash in Switzerland.

In 2014, results of a referendum showed that people in Crimea voted overwhelmingly for the autonomous Black Sea peninsula to break from Ukraine and join Russia. 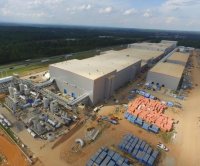 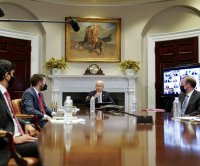 U.S. News // 3 hours ago
Regeneron says antibody drug effective at preventing, treating COVID-19
April 12 (UPI) -- Regeneron said Monday it will ask the Food and Drug Administration to expand emergency use authorization for its antibody drug to be used as a preventative treatment against COVID-19.

World News // 4 hours ago
Think 2020 was bad? Historians say 536 was worst year ever to be alive
In the year 536, across much of eastern Europe and throughout Asia, spring turned into summer and fall gave way to winter without a day of sunshine. From early 536 to 537, they stayed dark. 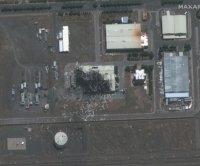