Jacksonville Jaguars running back James Robinson (30) runs for a short gain in the first quarter against the Cleveland Browns on Sunday at TIAA Bank Field in Jacksonville, Fla. Photo by Joe Marino/UPI | License Photo

Since opening the 2020 season with a 27-20 win over the Indianapolis Colts, the Jaguars have lost 10 consecutive games. It is the Jaguars' third straight season with double-digit losses.

"I've met with Dave Caldwell to express my appreciation for his service to the Jacksonville Jaguars as our general manager," Jaguars owner Shad Khan said in a statement Sunday. "Dave was exceptionally committed and determined to bring a winner to Jacksonville, but unfortunately his efforts were not rewarded with the results our fans deserve and our organization expects.

"Our football operation needs new leadership, and we will have it with a new general manager in 2021."

Jaguars head coach Doug Marrone and his coaching staff will remain with the team through the rest of the season. Trent Baalke, who is the franchise's director of player personnel, will serve as the Jaguars' interim general manager through the remainder of the 2020-21 campaign.

Caldwell had been the Jaguars' general manager since January 2013. Under Caldwell, the franchise recorded only one winning season, which ended with a 24-20 loss to the New England Patriots in the AFC title game during the 2017-18 campaign.

Jacksonville posted a 39-86 record in Caldwell's tenure. According to ESPN Stats & Information, the team's 86 losses under Caldwell is tied with the Browns for the most in the NFL in that span.

On Saturday, the Detroit Lions moved on from head coach Matt Patricia and GM Bob Quinn.

The Jaguars announced the decision shortly after its loss to the Browns (8-3) on Sunday afternoon at TIAA Bank Field in Jacksonville. In that defeat, the Jaguars were limited to 235 passing yards and allowed 459 total offensive yards to the Browns.

Browns quarterback Baker Mayfield completed 19 of his 29 pass attempts for 258 yards and two touchdowns. Running back Nick Chubb racked up 144 rushing yards and one score on 19 carries.

Jaguars signal-caller Mike Glennon was 20-of-35 passing with 235 yards and two touchdowns. James Robinson led the team with 128 yards and a score on 22 carries.

The Jaguars are scheduled to play the Minnesota Vikings next week, while the Browns will play the Tennessee Titans. 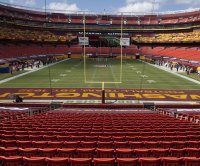 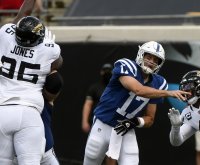