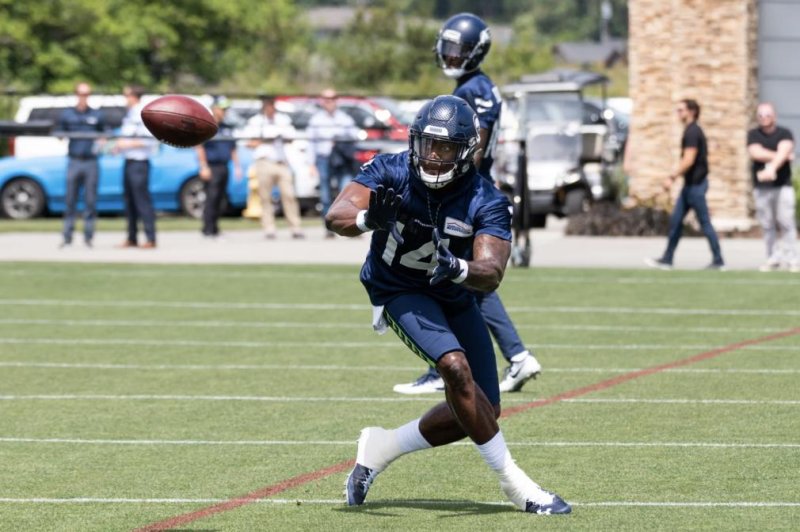 Wilson made the comments when meeting with reporters Wednesday.

"It's great seeing D.K. make his plays," Wilson said. "I think D.K. is looking really, really special. He can do anything and everything and he's tremendous."

Wilson also praised David Moore for "looking great" and having a special minicamp. He said Tyler Lockett has continued to be a star and Keenan Reynolds is also do a "tremendous job." Wilson said Jaron Brown has done a great job of getting open this off-season.

The Seahawks enter the season without Doug Baldwin, who announced he was retiring this off-season. Baldwin had been one of Wilson's top targets throughout his career.

The Seahawks selected Metcalf with the final pick of the second round in the 2019 NFL Draft, after the Mississippi product had been projected as one of the best wide receiver prospects in the class. The 6-foot-3, 228-pound pass-catcher was a scouting combine star.

Metcalf impressed scouts with a 4.33-second 40-yard dash, a 134-inch broad jump and 40.5-inch vertical jump. He drew an NFL comparison to speedster Josh Gordon in his NFL.com draft profile.

Metcalf had 569 yards and five scores on 26 receptions during his final season for the Rebels. He had 646 yards and seven scores during his sophomore campaign in 2017.

"He has been coached up well, he had a tremendous off season working with Jerry Sullivan, one of the great receiver coaches in the history of the NFL," Seahawks coach Pete Carroll said of Metcalf in May. "And I'm not taking anything away from where he was. I just know what we're seeing right now. We're seeing the guy work really hard at it, getting down and getting in and out of his breaks and stuff. Yeah, he looks like he's ready to compete."

Metcalf will likely be competing for a starting spot, along with Moore and Lockett atop the Seahawks' depth chart at wide receiver.