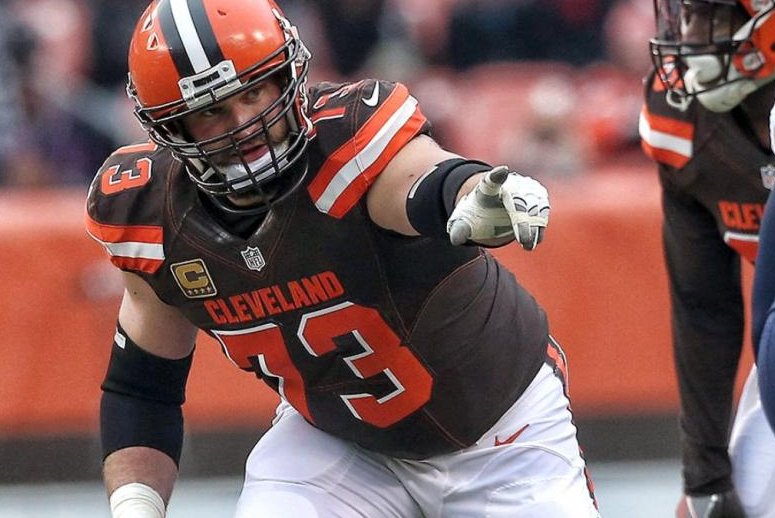 "This was an extremely difficult decision, but the right one for me and my family," Thomas said in news release from the Browns. "Playing in the NFL has taken a toll on my body and I can no longer physically compete at the level I need to."

"From the moment I was drafted, the city embraced me in a way that I could never fully describe. I am proud to call Cleveland home. The loyalty and passion of Browns fans is unmatched and it was an honor to play in front of them from the past 11 years. I would like to thank all of the coaches, teammates, staff, fans and everyone who has shown me support throughout my career. Even though I will be hanging up my cleats, I will always be a Cleveland Brown."

The 10-time Pro Bowler and six-time All-Pro never missed a start -- or a single snap -- until Week 7 of last season. A torn triceps tendon ended his consecutive snaps streak at 10,363. That impressive streak included 167 consecutive games.

"Joe has been a pillar of our organization and one of the greatest to put on a Cleveland Browns uniform," Browns owners Dee and Jimmy Haslam said.

"We want to thank him for everything he has done for the Browns and the Northeast Ohio community. We should all strive for the standard Joe has set to always be available, put the team above yourself and always give maximum effort. One of the first ways we will acknowledge and honor his accomplishments is to enshrine the number 10,363 to recognize his consecutive snaps streak in the team's Ring of Honor at a home game this season. It also won't be long before he takes his rightful place down the road in Canton at the Pro Football Hall of Fame."

NFL // 3 days ago
Ex-Patriots lineman crashed car to avoid being released
Aug. 5 (UPI) -- Former NFL offensive lineman Rich Ohrnberger once purposely crashed his car when he was running late on his way to a New England Patriots practice so that he could avoid a potential release, he said Friday.

NFL // 3 days ago
Raiders win NFL preseason opener, Jaguars' No. 1 pick Walker logs sack
Aug. 5 (UPI) -- The Las Vegas Raiders piled up 321 yards of offense and allowed just one score on defense to earn a 27-11 win over the Jacksonville Jaguars in the Hall of Fame Game, the NFL's annual preseason opener.