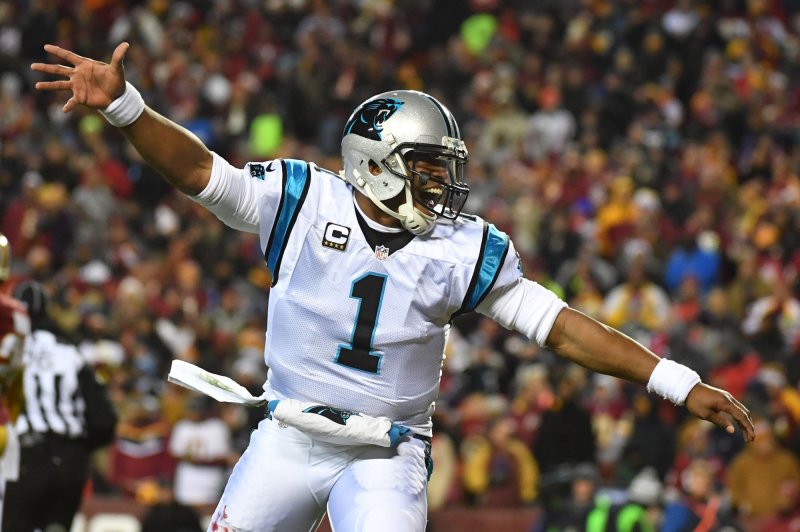 CHARLOTTE, N.C. - Cam Newton threw three of his four touchdown passes in the opening 18 minutes of the second half as the Carolina Panthers upstaged the return of Green Bay quarterback Aaron Rodgers with a 31-24 victory Sunday afternoon at Bank of America Stadium.

Rodgers was intercepted three times, all on underthrown balls. He completed 27 of 45 passes for 287 yards, but the Packers (7-7) saw the their postgame aspirations crippled.

Trailing 24-14, the Packers used a 12-play drive, which included a fourth-down conversion on Rodgers' keeper, for Mason Crosby's 28-yard field goal with 1:23 left in the third quarter.

The Panthers pushed their lead to 31-17 on Newton's 13-yard touchdown pass to Damiere Byrd with 12:24 remaining.

Green Bay, despite another fourth-down conversion, stalled after reaching the Carolina 21. A fourth-down sack by former Packers defensive end Julius Peppers gave the ball back to the Panthers.

But Green Bay got the ball back and Rodgers hit tight end Richard Rodgers on a 24-yard touchdown pass with 2:43 to play. The Packers recovered the onside kick.

Green Bay moved to the Carolina 26, where receiver Geronimo Allison fumbled after picking up a first down with 1:48 remaining.

Earlier, Newton's 30-yard touchdown pass to tight end Greg Olsen on the opening possession of the second half enabled the Panthers to regain the lead at 17-14.

After Colin Jones picked off Rodgers on the next possession, the Panthers scored again on Byrd's 9-yard bobbling touchdown catch in the back of the end zone.

Cornerback James Bradberry had an interception at the 7:01 mark of the third quarter, so that was the third time on seven Green Bay possessions that the Panthers came up with a pickoff.

Green Bay went ahead for the first time with 26 seconds left in the second quarter when Rodgers, as he was falling toward the ground under heavy pressure, released a pass to Randall Cobb for a 33-yard touchdown play.

Rodgers was intercepted by Daryl Worley on an underthrown second-quarter pass intended for Davante Adams.

Rodgers, 34, missed seven games. He hadn't played since suffering the broken collarbone during an Oct. 15 loss at Minnesota.

Running back Christian McCaffrey was the focal point of Carolina's first drive, with his 7-yard reception accounting for a touchdown to complete a 15-play, 85-yard drive.

On the march, McCaffrey accounted for 40 receiving yards on four catches and rushed for 20 yards on five attempts.

The Packers were on the board on Rodgers' 13-yard, third-down pass to Adams on the final play of the first quarter.

Adams departed after the Packers' first possession of the second half as he was evaluated for a possible concussion. When another underthrown pass by Rodgers was intercepted by Jones, Adams was wiped out on a block by Carolina linebacker Thomas Davis.

The Packers had won two in a row by six points with Brett Hundley filling in for the injured Rodgers.

NOTES: Panthers RG Trai Turner missed the game after going into the concussion protocol during the week. ... CB Captain Munnerlyn, who played a key role a week earlier against Minnesota, was inactive for the Panthers. It wasn't an injury-related move. ... With QB Aaron Rodgers activated, QB Joe Callahan was waived Saturday. ... Green Bay's defensive coordinator is Dom Capers, who was the original coach of the Panthers. ... The Packers play their home finale Saturday night against Minnesota. ... Carolina wraps up a three-game homestand with its regular-season home finale next week against Tampa Bay. ... Two days prior to the game, the Panthers announced they had opened an investigation into allegations of workplace misconduct involving owner Jerry Richardson. On Sunday, the NFL announced it has taken over the investigation.