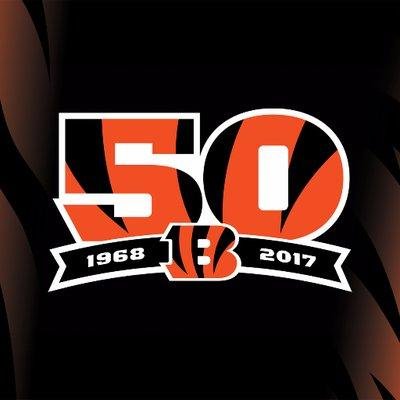 CINCINNATI - After starting the season 0-2 and failing to score a touchdown in the first eight quarters, the Cincinnati Bengals fired offensive coordinator Ken Zampese.

"Ken Zampese has done a tremendous job for us for my 15 years here, and I have the utmost respect for Ken as a person and as a coach," said Bengals head coach Marvin Lewis. "But I feel it best for the football team to breathe new life into the offense, and that's why I am making the change."

Zampese served as Bengals quarterbacks coach for 13 seasons before being named offensive coordinator in 2016 when Hue Jackson left to coach the Cleveland Browns. Last season under Zampese, the Bengals struggled to establish a consistent rushing attack and protect Andy Dalton who passed for 4,200 yards despite being sacked 41 times.

The Bengals lost veteran offensive linemen Andrew Whitworth and Kevin Zeitler in free agency, and despite acquiring additional offensive weapons in the draft and having a healthy tight end Tyler Eifert, wide receiver A.J. Green, and running back Giovani Bernard, the Bengals' offense has sputtered.

Dalton threw four interceptions and lost a fumble in the season opening 20-0 loss to the Baltimore Ravens.

"It's difficult to win many games when we don't score touchdowns," Lewis said, during his Friday afternoon press conference prior to announcing Zampese's firing. "That's execution and how we attack. We're not doing a good enough job."

RELATED Fantasy Football: Players to watch in each game

The Bengals are 0-2 for the 15th time in franchise history. They've never reached the playoffs after starting a season 0-2. The best record they've managed is 8-8.

Through two games, Dalton has completed 54.5 percent of his passes with no touchdowns and a paltry 47.2 rating. He has been sacked eight times.

"I'm not worried about Andy," said Lewis. "We have to do things better around him."

Wide receiver A.J. Green had five catches for 67 yards on Thursday, but 50 of those yards came on one completion.

"I was running 20 yards down the field, and didn't see anything," Green said of the final fourth-quarter drive. "I didn't see the ball at all."

Lazor is in his 12th season as an NFL coach and in his second year as an assistant coach with the Bengals. He had been named Bengals quarterbacks coach on Jan. 18, 2016. He previously has served as offensive coordinator and/or quarterbacks coach for Washington, Seattle, Philadelphia and Miami.

"Bill Lazor has great experience in the league and as a coordinator, and I feel Bill can progress our offense the way we need," Lewis said. "We have a lot of talent on offense, and we need to keep working to take full advantage of the personnel we have."

The clock is ticking on Cincinnati's season, however, with a trip to Green Bay coming in nine days. Lazor said the offensive staff will meet on Saturday and already is working on a plan moving forward.

"A lot of us are frustrated with the production and we all share the burden," Lazor said. "Our focus is on beating the Packers. We spent an awful lot of time building what we have. We're focused on making things better."