LSU Tigers running back Leonard Fournette (7) picks up 3 yards in the second quarter against the Alabama Crimson Tide at Tiger Stadium in Baton Rouge, La. November 5, 2016. Fournette could be selected by the Panthers in the 2017 NFL Draft to boost the Carolina running game. File photo by AJ Sisco/UPI | License Photo

The Carolina Panthers have eight picks in the NFL Draft, including No. 8 in the first round April 27 in Philadelphia.

Super Bowl euphoria, even though it was a loss in the 2015 season, was followed by a fall from grace and a season where much went wrong. Notable was a disappointing performance from quarterback Cam Newton, who wasn't able to continue his rise from a MVP season. Injuries were a factor, but Newton will be under the microscope to turn things back in a better direction.

While running back Jonathan Stewart was signed to a new contract in the offseason, he has had injury questions since 2015 and his absence for much of the Super Bowl contributed to the loss. The Panthers need to get younger and more productive in the ground game to supplement Newton's skills.

There remains a strong foundation, and a healthy middle linebacker Luke Kuechly will be important as the Panthers will have the ability with a high pick in the first round to add to their talent.

Here is a look at the Panthers' five-year draft record with roster tallies reflecting totals as of the end of the 2016 season. Below that are key personnel moves made this year and the team's current needs heading into this draft and our projection for all their 2017 picks.

RELATED Carolina Panthers could move up to No. 2 in 2017 NFL Draft to take Leonard Fournette

1. Running back: With the Panthers planning to take quarterback Cam Newton out of the run game, they need more than just the 30-year-old Jonathan Stewart in their backfield.

2. Tackle: Even after giving left tackle Matt Kalil big money, the Panthers' tackle situation isn't ideal. Michael Oher will slide to the right side, as long as he's cleared from a concussion that cost him 13 games in 2016.

3. Defensive end: If this were 2012, pairing Julius Peppers with Charles Johnson would be a great start. But it's 2017, and the Panthers need to plan for their future pass rush.

Below is a list of every pick for the Panthers in the 2017 NFL Draft, with players suggested by NFLDraftScout.com Sr. Analyst Dane Brugler. Who would you take? Let us know in comments. 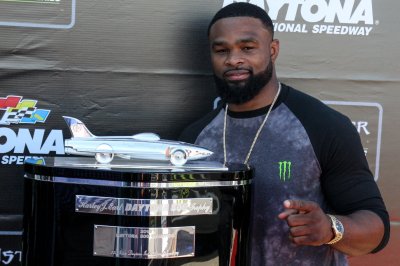