Bill Belichick too focused on winning to worry about legacy

By Art Spander, The Sports Xchange
1/3 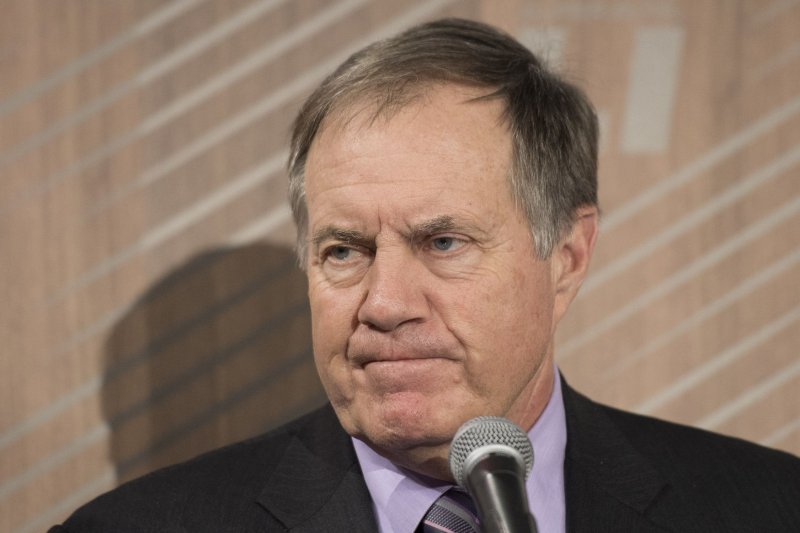 Bill Walsh had his moments, times when he could be stern, rough, but mostly he chose to be less stringent, even friendly. Remember that 1982 Super Bowl when Walsh dressed as bellman to handle the bags of the team.

Bill Belichick would never do that. Not in 50 years. Not in seven Super Bowls, and this one Sunday, No. Super Bowl LI, against the Atlanta Falcons, is his seventh.

Bill Walsh did care what people thought about him. Can't say that Brown or Lombardi did. Belichick absolutely does not.

"I really don't think about any of that," Belichick said Tuesday.

No, if there is one word which applies to 64-year-old Bill Belichick, it's victory. The man is a winner, a driven, abrasive winner, but statistics are not based on personality.

"I just try and think how we can prepare our best Sunday night against the Falcons," Belichick said. "That legacy is a good question, but that's for you to write about. I'm just trying to get ready to coach the game, and our players are trying to get ready to play it and go out there and compete as hard as we can.

And what's that, a reputation, a perception, an idea? The man can coach, no question. What we do wonder about is his obsession.

Belichick, as his star quarterback, Tom Brady, has played in the Pebble Beach Pro-Am on occasion. While Brady, a Northern Californian who attended the tournament as a kid when it known as the Bing Crosby, appeared to be having a good time, Belichick did not. Brady stopped now and then to be interviewed. Belichick didn't wish to talk.

An interesting contrast to Belichick's late father, Steve, a onetime assistant coach at Navy, who loved conversation. Bill went to Wesleyan, earning a degree in economics and playing football, as a center and tight end, plus lacrosse and squash.

"I grew up going to Navy practices and meetings that (my father) would have with the team," Belichick said. "He scouted Navy's upcoming opponents on Tuesday nights. He would go over to the field house, then the team would come over and he would watch the film with them. Of course, back in those days, players went both ways, offense and defense."

Belichick goes one way, toward the jugular. His teams never back off. He never backs off. Perhaps it's endemic in coaching. Back in 1984, when the 49ers won the second of their five Super Bowls, Tony Kornheiser wrote of Walsh, "He not only devours you, he picks his teeth with your bones."

Walsh left pro coaching after 10 years, burned out. Belichick is completing his 18th season as head coach of the Patriots. Involved and determined as ever.

"I don't really see it as work," Belichick said. "It's actually beach working. You get to do what you love to do, dealing with a lot of great people. I have a great staff. Players work hard and are very cooperative and compliant. They have a great attitude about teamwork, playing unselfishly and working unselfishly.

"Really doesn't feel like work. Try and give everyone the opportunity to do their job. We have a lot of people that do it very well. A great coaching staff and a great group of players. I have a lot of respect for all of them. I try and stay out of the way and let them do their job. They all do it pretty well."

The boss does it very well. Maybe the key is be the introvert he chooses to be, following his inner voice and not the demands of the media.

Belichick has an owner who is on his side. He has a quarterback who defies both age and opposing defenses. The march continues.

"There will certainly be a time to reflect on that at some point," Belichick conceded. "Right now, I'm really just trying to put all my energy in preparing our team as well as I possibly can for the Falcons. The Falcons are a great football team and well coached. They have a great organization with great players and are very difficult to play against.

"At some point I'll take a look back. It's certainly an honor to be in this game. It's a privilege to represent the AFC in this championship game and to have done it that many times to be here, there's no question about that. In terms of numbers and other games and all of that, we'll get to that at some other point."