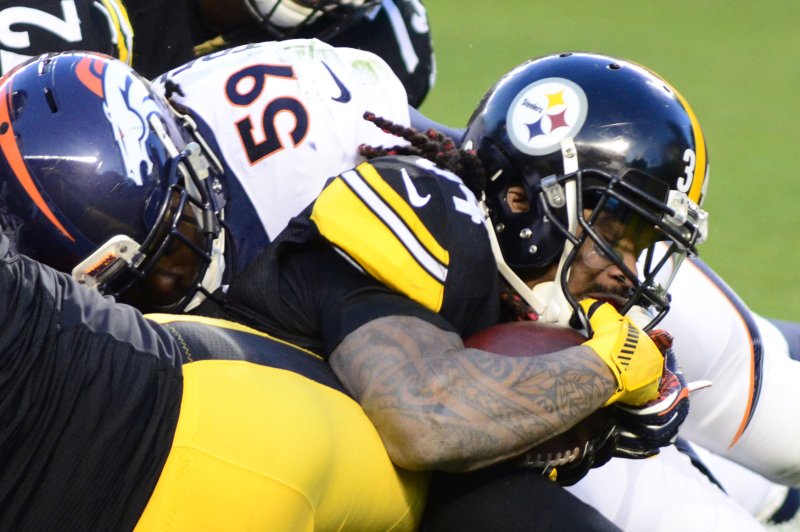 Pittsburgh Steelers running back DeAngelo Williams (34) scores a touchdown in the first quarter as Denver Broncos inside linebacker Danny Trevathan (59) attempts to make the stop at Heinz Field in Pittsburgh on December 20, 2015. Photo by Archie Carpenter/UPI | License Photo

PITTSBURGH, July 20 (UPI) -- Tom Brady won't take a snap for the first four games of the 2016 season and DeAngelo Williams is pretty excited about it.

Last week, Brady agreed to finally accept the DeflateGate penalty levied by the NFL. He will miss games against the Arizona Cardinals, Miami Dolphins, Houston Texans, and Buffalo Bills. The Patriots face the Steelers week 7 in a matchup at 4:25 p.m. Sunday, Oct. 23.

Williams, 33, had a revival season last year in Pittsburgh, stepping in for an injured Le'Veon Bell. He rushed for 907 yards and four touchdowns and had 40 receptions for 367 yards.