Facing Cubs starting pitcher Cole Hamels in the top of the fourth inning, Alonso blasted a 454-foot homer to center at Wrigley Field. The home run was tied for his second-longest of the season.

Alonso surpassed Darryl Strawberry, who held the Mets' record for most home runs by a rookie in a single season. Strawberry had 26 homers in the 1983 campaign and was named the National League Rookie of the Year.

Strawberry reached 26 home runs in 122 games during that season. Alonso crushed his 27th homer in only his 77th game this season.

"Congrats to Pete for breaking my record, which has stood for a long time," Strawberry said in a statement. "What he's done in a short period of time is most impressive. No goal seems out of reach. I wish Pete and the Mets all the best the rest of the year."

The Cubs defeated the Mets 5-3 on Sunday. Alonso finished 1-for-2 with two walks in the contest. 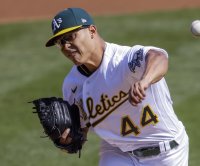 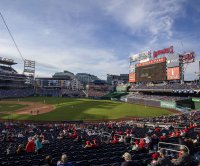