Boston picked up the division-clinching victory on Thursday at Yankee Stadium in New York City. Mookie Betts paced Boston, going 4-for-5 with five RBIs and three runs scored. Fellow MVP candidate J.D. Martinez went 1-for-4 with an RBI in the win.

"You know, a lot of people don't understand how much work goes into this," Martinez told reporters. "This is just step one and, obviously, it's one of those things that's tough to do. Winning our division isn't easy. It starts in Spring Training, and the mindset that we had right off the bat, the way Alex set it as soon as he came in and the goal here is to win, but this is obviously the first step and we're proud of it."

Luke Voit hit a two-run home run in the bottom of the second frame, cutting the Boston lead to 3-2.

But Brock Holt put Boston up by two runs once again with a solo shot in the top of the third inning. Then Giancarlo Stanton had one of the most significant swings of the game. The Yankees star stepped into the box against Red Sox reliever Heath Hembree with the bases loaded in the bottom of the fourth inning.

Hembree tossed a fastball for a called strike before throwing an 87.7-mph slider to the 2017 National League MVP. Stanton sent the pitch deep to right field for a grand slam, giving the Yankees a 6-3 advantage.

Martinez plated Betts when he grounded into a double play in the next inning, cutting the Boston deficit to one run. Jackie Bradley tied it up with a solo home run in the top of the seventh inning before Xander Bogaerts brought in the go-ahead score on a sacrfice fly. The Red Sox got another run on that play due to a throwing error.

Betts distanced Boston with a three run homer in the bottom of the eighth frame, to get the champagne flowing in the clubhouse.

"Like I've been saying all along, they don't stop playing," Red Sox manager Alex Cora said. "They just show up and keep playing. We've been hearing that from the opposition a lot lately. I think that's the greatest compliment I can get for our team. That makes me proud. Now we've got a shot. Our next goal is to win, well, the best record, I guess. And then we have a shot to win 11 games in October." 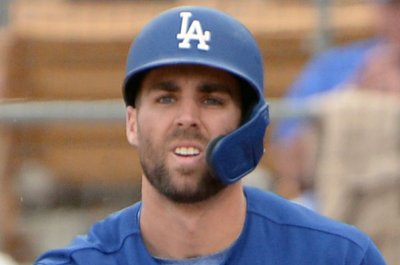 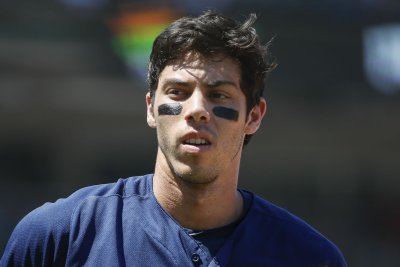