Houston Astros infielder Jose Altuve acknowledges fans during the third inning of Game 4 of the ALDS against the Chicago White Sox on Tuesday at Guaranteed Rate Field in Chicago. Photo by Mark Black/UPI | License Photo

But the main event this weekend will involve the final four teams that remain in MLB's postseason. The Houston Astros, Boston Red Sox, Atlanta Braves and Los Angeles Dodgers will start their respective championship series this weekend to determine which teams advance to the World Series.

The Astros host the Red Sox in Game 1 of the ALCS at 8:07 p.m. EDT Friday at Minute Maid Park in Houston. The first playoff game of the weekend airs on Fox. Game 2 of the best-of-seven series is Saturday in Houston.

The Astros are heavy favorites in the series. They went 95-67 in the regular season to win the American League West division title. The Astros beat the Chicago White Sox in four games to advance to the ALCS.

They then knocked off the Tampa Bay Rays, who posted an American League-best 100-62 record, in four games to advance to the ALCS.

The Braves beat the Milwaukee Brewers in four games to reach the NLCS. The Dodgers beat the St. Louis Cardinals in the National League Wild Card Game. They then edged the rival San Francisco Giants in five games in the NLDS.

The NLCS and ALCS could continue through next weekend. The World Series starts Oct. 26 and could extend through early November.

Two teams ranked in the Top 25 of the college football Coaches Poll take the field Friday to start the weekend schedule.

Several more top-ranked teams play Saturday. No. 9 Michigan State battles Indiana in a Big Ten matchup at noon Saturday on FS1. No. 17 Florida faces LSU in an SEC matchup at noon on ESPN. No. 19 Arkansas battles Auburn in another SEC game at noon on CBS.

No. 3 Cincinnati hosts UCF at noon on ABC. No. 12 Oklahoma State faces Texas at noon on Fox.

No. 1 Georgia hosts No. 11 Kentucky in the only matchup between ranked teams this weekend. That game airs at 3:30 p.m. Saturday on CBS.

In the NFL, the Jacksonville Jaguars (0-5) will leave the country and attempt to win their first game of the season Sunday in London. They face the Miami Dolphins (1-4) at 9:30 a.m. EDT on CBS.

Ben Roethlisberger and the Pittsburgh Steelers (2-3) host D.K. Metcalf and the Seattle Seahawks (2-3) in the final NFL game of the weekend. That Sunday Night Football matchup airs at 8:20 p.m. on NBC.

The Chicago Blackhawks face the New Jersey Devils at 7 p.m. EDT Friday on NHL Network. The Buffalo Sabres host the Arizona Coyotes at 1 p.m. EDT Saturday on the same network.

CJ Cup: Second round from 5 to 8 p.m. EDT on Golf Channel

Clemson at Syracuse at 7 p.m. on ESPN

Premier League: Liverpool at Watford at 7:30 a.m. on Peacock Premium

Bundesliga: Mainz at Borussia Dortmund at 9:30 a.m. on ESPN+

Premier League: Chelsea at Brentford at 12:30 p.m. on NBC

MLS: Philadelphia at Montreal at 1 p.m. on ESPN+

MLS: Inter Miami at Columbus at 6 p.m. on ESPN+

Michigan State at Indiana at noon on FS1

Florida at LSU AT noon on ESPN

Auburn at Arkansas at noon on CBS

Texas A&M at Missouri at noon on SEC Network

UCF at Cincinnati at noon on ABC

Nebraska at Minnesota at noon on ESPN2

Oklahoma State at Texas at noon on Fox

Pittsburgh at Virginia Tech at 3:30 p.m. on ESPN, ESPN2 or ACC Network

Alabama at Mississippi State at 7 p.m. on ESPN

Arizona State at Utah at 10 p.m. on ESPN

Premier League: West Ham at Everton at 9 a.m. on NBCSN

Bundesliga: Bayern Munich at Bayer Leverkusen at 9:30 a.m. on ESPN+

Premier League: Tottenham Hotspurs at newcastle at 11:30 a.m. on NBCSN

La Liga: Valencia at Barcelona at 3 p.m. on ESPN+

Chiefs at Washington at 1 p.m. on CBS

Chargers at Ravens at 1 p.m. on CBS

Vikings at Panthers at 1 p.m. on Fox

CJ Cup: Fourth round from 5 to 8 p.m. EDT on Golf Channel 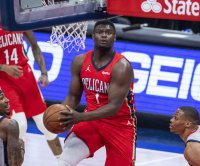 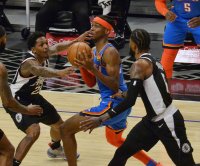