PARIS, April 8 (UPI) -- France's secret service is facing accusations of censorship for allegedly threatening to arrest a volunteer at the French version of Wikipedia over an article.

Intelligence operatives allegedly threatened to arrest and charge the volunteer unless he deleted an article on the Internet encyclopedia they claimed contained "classified" military secrets and was a risk to national security, the British newspaper The Guardian reported.

Wikipedia said the Direction Central du Renseignement Interieur failed to provide proof the article about a French military radio relay station that has been online since 2009 was a threat to the country's security or produce a legal order justifying its threats against the site.

"This is shocking and absolutely wrong," Christophe Henner, vice president of Wikimedia France, said. "We have always operated within the law and have no desire to pose a threat to individuals or nations."

The station is under the control of the French air force and thought to be part of France's nuclear detection and deterrent network.

"Had the DCRI presented us with documents or a legal order showing us this was a threat to national security we would have taken down the page at once," Henner said. "Instead they summoned one of our volunteers and ordered him to take it down, saying he would be held in custody if he didn't." 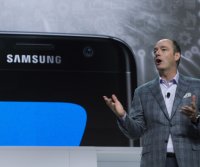