Effort to dig to the center of the Earth fails

A map of the drill sites where scientists on the Atlantis Massif Serpentinization and Life expedition collected rock samples from the shallow mantle of the ocean crust. Photo by ECORD/Bigelow

LONDON, Feb. 1 (UPI) -- Researchers have returned from nearly two months at sea having failed to accomplish their goal of drilling to the center of the Earth.

"We may not have made it to our goal of 1,300 meter, but we did drill the deepest-ever single-leg hole into hard rock, 789 meters, which is currently the 5th deepest ever drilled into the hard ocean crust," onboard education and outreach officer Lucas Kavanagh wrote in a blog update.

The researchers were working aboard the vessel Joides Resolution. They say they plan to return to the site in the near future to continue drilling the hole with hopes of finally breaking through the crust.

Another expedition wrapped up with relatively positive results.

RELATED Lab-bred corals reproduce in the wild, a first

An international team of researchers collected rock samples from the shallow mantle of the ocean crust that show signs of life. The rocks were collected using one-of-a-kind seabed rock drills made in Germany and England.

The researchers on Expedition 357 are hoping to learn more about how fragments of the mantle migrate to the ocean floor and how they interact with ocean water once they're there. Scientists think the chemical interactions between salt water and mantle rock fuel basic lifeforms in the absence of sunlight.

"The rocks collected on the expedition provide unique records of deep processes that formed the Atlantis Massif," Gretchen Fruh-Green, co-chief scientist on the project, explained in a news release. "We will also gain valuable insight into how these rocks react with circulating seawater at the seafloor during a process we call serpentinization and its consequences for chemical cycles and life."

RELATED Scientists say Anthropocene epoch is the 'Age of Plastic'

"During drilling, we found evidence for hydrogen and methane in our samples, which microbes can 'eat' to grow and form new cells," added Beth Orcutt, co-chief scientist and a researcher at Bigelow Laboratory. "Similar rocks and gases are found on other planets, so by studying how life exists in such harsh conditions deep below the seafloor, we inform the search for life elsewhere in the Universe."

Science News // 20 hours ago
Crew 2 mission astronauts arrive in Florida ahead of SpaceX launch
ORLANDO, Fla., April 16 (UPI) -- Four astronauts arrived in Florida on Friday for their mission to the International Space Station planned for next week -- the third launch of people aboard a SpaceX rocket and capsule.

Science News // 22 hours ago
Sweat sensor could warn of impending COVID-19 cytokine storm
April 16 (UPI) -- Scientists have unveiled a new sweat sensor that can anticipate a looming cytokine storm and provide warning to doctors and patients. 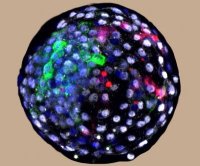