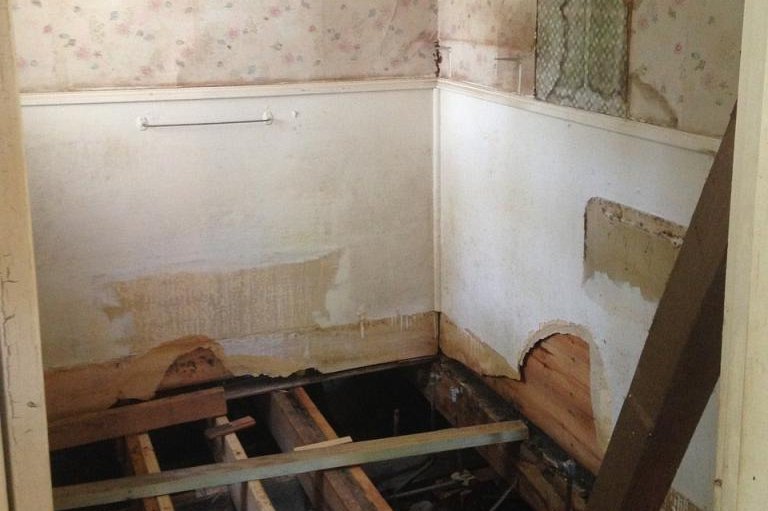 Lisa Phelps' engagement ring was found by a construction crew remodeling her Kentucky bathroom 15 years after she lost it. Photo by gurlwithapen/Pixabay.com

Oct. 22 (UPI) -- A Kentucky woman who lost her engagement ring 15 years ago had a pleasant surprise when the long-lost ring was found by construction workers remodeling her bathroom.

Lisa Phelps of Boyd County said she and her husband scoured the house for her ring when it first vanished 15 years ago.

"We looked everywhere. We ran wire coat hangers along the sides of the vanity, checked the trap in the sink, and just finally accepted that it was gone," Phelps told WSAZ-TV.

"I thought it was gone. My husband even had it replaced about a year after I lost it ... but the original is always the best."

Scott Baker with Tri-State Construction was working on remodeling the bathroom at Boyd's home when he found the ring wedged between the vanity and the wall.

"I didn't know the story behind it yet," Baker said. "But I just asked her if she was missing a ring, and I could tell she was excited about it."

Phelps said the ring's return was a welcome surprise.

"I was really deeply impacted by the loss of the ring. To my husband, it's a piece of jewelry ... but to me I lost a part of us, a part of our relationship," she said.

A North Dakota woman's class ring was returned to her 45 years after being lost when a man found it while remodeling his basement. Betty Thompson said she lost her ring in 1975.

Several years later, Mike Hanson found the ring while remodeling his basement in Mandan. How the ring ended up in Hanson's basement remains a mystery. 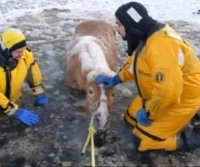 Odd News // 18 hours ago
Horse rescued from frozen pond in Michigan
March 2 (UPI) -- Authorities in Michigan came to the rescue of a horse that was trapped in the frigid waters of an icy pond on its owner's property.

Odd News // 20 hours ago
Florida couple find 7-foot alligator lurking in garage
March 2 (UPI) -- A Florida woman said she thought her husband was playing a practical joke on her before she opened her garage door and saw the 7-foot alligator for herself.

Odd News // 20 hours ago
Florida police officer rescues coyote struggling to swim to shore
March 2 (UPI) -- A police officer in Florida came to the rescue of a swimming coyote by using a patrol boat to guide the struggling canine back to shore.

Odd News // 22 hours ago
Texas woman runs 15 days in a row for half-marathon world record
March 2 (UPI) -- A Texas woman broke a Guinness World Record for most half marathons run on consecutive days when she ran a full marathon followed by 14 days of half marathons.