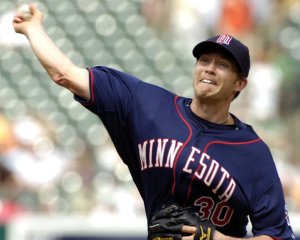 They put a lot of emphasis on bullpen (sessions) here, and if I'm not able to, they aren't going to let me (start)

Twins pitcher Baker out with groin strain May 07, 2008

If force were used to compel witnesses to appear, this could damage relations between the media, the Government and the general public

Since the average market 'half-life' of whale meat is six weeks, at most, we should have found far fewer individuals -- or the number of whales killed is actually much greater than is being reported

He raced in various late-model series as well as the ARCA circuit. He won five late-model feature races in 1995. When he was not racing, he ran his own business, Baker Metal Products.

In June 2000 at Toledo Speedway, he was running in eighth position in an ARCA race when his car lost control on the front straightaway and spun backwards into a tire barrier. Baker did not survive the crash. He was 43 years old.

FULL ARTICLE AT WIKIPEDIA.ORG
This article is licensed under the GNU Free Documentation License.
It uses material from the Wikipedia article "Scott Baker."