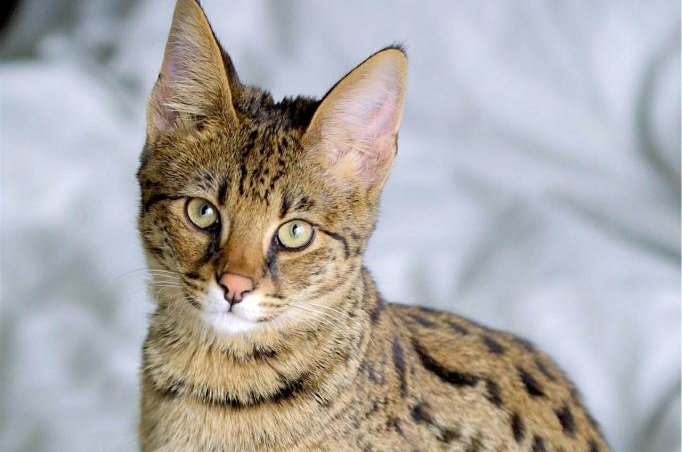 An Oklahoma woman is warning neighbors not to approach her Savannah cat -- a hybrid of an African serval and a domestic cat -- after the feline escaped from her yard. Photo by skeeze/Pixabay.com

July 1 (UPI) -- An Oklahoma woman is asking members of the public to keep an eye out for an exotic feline after her Savannah cat, a hybrid between an African serval and a domestic cat, escaped from her yard.

Samantha Lawler said the large cat, named Dayo, broke free from her harness and escaped from Lawler's yard in Muskogee on Tuesday.

"This has happened one other time, but she stayed in the yard," Lawler told the Muskogee Phoenix. "That's why I think something spooked her, one of the dogs in the other yard or something, because she typically stays around. She's only gotten out one time and she stayed right there."

Lawler is asking members of the public to keep an eye out for Dayo, but she is warning residents not to approach the feline, as she is easily spooked and not friendly to strangers.

Odd News // 14 hours ago
Duck family waddles into New York bagel shop
June 16 (UPI) -- A New York man who helped a mother duck and her eight ducklings cross a busy road captured video of the moment the family of birds strolled into a Brooklyn bagel shop.