Nov. 20 (UPI) -- A North Carolina woman said she owes her $4 million lottery jackpot to her mother's "lucky feeling" and some timely advice.

Shelby Tripp of Stokes told North Carolina Education Lottery officials her mother won a $500 lottery prize on Halloween and immediately called to tell her about it.

"She said she had a lucky feeling and I needed to buy a lottery ticket," Tripp said. "I don't always listen to her, but this time I did."

Tripp bought a $150 Million Cash Explosion ticket from a Speedway in Greenville and wound up with a $4 million winner.

"I didn't even scratch the ticket until I was ready to go to bed," Tripp said. "I put it on the kitchen counter, cleaned up the house, and did some other chores."

"When I saw the $4 million I couldn't believe it," Tripp said. "I had my mom come over to see if I was reading it right. When she said I was, I ran around the house pacing and screaming for at least thirty minutes."

Tripp said she plans to repay her mother for the good advice by paying to redecorate her house.

"She's worked so hard her whole life," Tripp said. "I just want to do something nice for her. I'll pay off her house and then make sure she has her house redecorated the way she's always dreamed."

Odd News // 2 hours ago
Skier chased by bear at Romanian resort
Jan. 25 (UPI) -- A man riding the chairlift at a Romanian skiing resort captured video of the tense moment a fellow skier was chased by a bear. 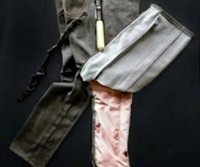