The Titanic left port on its fateful voyage, the 'Bataan Death March' began, a president's plane crashed in Russia ... on this date in history.

Wreckage of the plane that crashed and killed Polish President Lech Kaczynski, his wife, government officials, military leaders and others is seen near Smolensk in western Russia on April 10, 2010. UPI Photo/Alex Natin | License Photo

In 1790, merchant Robert Gray docked at Boston Harbor, becoming the first American to circumnavigate the globe. He sailed from Boston in September 1787.

In 1849, William Hunt of New York patented the safety pin.

In 1925, "The Great Gatsby" by F. Scott Fitzgerald was published.

In 1942, the "Bataan Death March," during which thousands of Filipinos and Americans died, began in the Philippines.

In 1996, U.S. President Bill Clinton vetoed a ban on so-called partial birth abortions. (Congress was unable to override the veto.)

In 2010, Polish President Lech Kaczynski, his wife and top government officials were among scores killed when their plane crashed while trying to land in a thick fog in western Russia.

In 2013, thousands of people massed at the U.S. Capitol, urging Congress to overhaul the immigration system to allow 11 million immigrants in the country illegally to attain legal status.

A thought for the day: Pablo Casals said, " I feel the capacity to care is the thing which gives life its deepest significance." 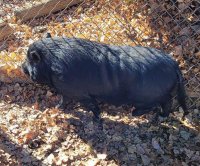