LOS ANGELES, April 24 (UPI) -- My 7th-grade daughter is at the age where practically everything her father does seems unbearably dorky and exasperating.

So I've gotten used to hearing her complain. Still, I was taken aback the other day when she asked, "Why'd you marry Daddy anyway -- was it just because he was circumcised?"

Would I have even been able to form a question like that in my mind at age 13? No way! But as it turns out, the topic hadn't been planted in her head by the latest TV sitcom pushing-the-envelope plot device.

Actually, ever since she became fascinated by mad cow disease a few years ago, she scours the papers and weekly news magazines for the latest medical scares. Apparently, yet another study has revealed the risks to the cervixes of women married to uncircumcised men.

"I'd never marry a man who wouldn't get circumcised," my daughter said firmly. "And also, he'd have to promise to eat salmon three times a week, for his arteries."

In a world where mother-daughter heart-to-hearts revolve around this sort of thing, was Sunday's "Off Centre" episode about circumcision, called "The Unkindest Cut," really such a shocker?

Apparently so, although I suspect the hype has been overblown. Reportedly, the WB's Broadcast Standards department sent an internal memo to the show's executive producers -- Chris and Paul Weitz, the brothers who directed the gross-out feature film comedy "American Pie" -- complaining that the word "penis" appears on 11 pages of the script.

The "Off Centre" team were so pleased by this that they included a report about the penis memo in the press materials. Danny Zuker, another "Off Centre" executive producer, told Zap2it.com that the WB is the first network he's encountered that wants scripts to be as raunchy as possible.

"Off Centre," -- sort of a low-rent "Friends," -- revolves around the adventures of neurotic, nerdy Mike (Eddie Kaye Thomas) and his handsome British roommate Euan (Sean Maguire), twentysomethings making their way in the big city.

"American Pie" star Thomas seems to be carving out a WB niche for himself in genitalia humor, by the way. He played a high-school student a couple of years ago on the WB's quickly cancelled "Brutally Normal." In that pilot, he dropped his pants in class after being inspired by a history teacher's discussion of the Constitution and free expression. This got the kids up in arms lest their favorite teacher be fired.

But that was patently ridiculous. "Brutally Normal" was set in a public high school. The teacher could have dropped his own pants and wouldn't be fired.

Anyway, on "Off Centre," Thomas's character constantly feels one-upped by the charming lady-killer Euan -- whose irresistible cuteness for me is muted by the fact that Maguire's accent and appearance keeps bringing to mind Hayley Mills circa "That Darn Cat."

Sunday's circumcision episode cut right to the chase (so to speak), opening with a torrent of penis talk as everyone at the gym locker room notices that Euan really is European, right down to what's beneath his underwear.

"Seriously, Euan," said his boss, who for some reason frequents the same gym. "I'd have that taken care of. You're a very attractive man, but that penis is a disaster."

"Don't listen to them!" said guest star Eugene Levy, playing an urologist, also for some reason hanging around the gym. "You're perfectly normal. Except for the anteater."

And so on. Later on, sloppy Mike tries to please his girlfriend by wearing a suit for a date. She's impressed, an emotion she expresses by exclaiming, "Holy crap!"

Question: Why is "crap" OK for the broadcast airwaves but not more graphic terms for the same material? A couple of weeks ago, CBS got in hot water by letting the s-word sneak by unbleeped (it was uttered by an interviewee) on "48 Hours." What's the difference?

I do understand that there is a difference between penises as a dramatic device on shows aimed at young viewers and shows aimed at older ones. The ABC drama "Once and Again," about the romantic lives of divorced fortysomethings, unfortunately seemed not to understand.

The audience uttered a collective "Eeew!" the night that Lily and Rick consummated their relationship with an explicit 10-minute sex scene a couple of years ago, and the ratings never recovered.

As Nancy Franklin described it tartly in The New Yorker, "A few minutes after the proceedings have ground to a halt owing to circumstances beyond Rick's conscious control, and he is lying on his side cuddling her, we see Lily's face suddenly light up, and we realize, whether we want to or not, that Rick's Game Boy just got fresh batteries. It is my ardent wish never to see this happen again on TV."

Co-creator Marshall Herskowitz said equably at the time, "I think we lost a million viewers that one night and never got them back." No indeed. "Once and Again" is now completing its final season.

On the WB, however, pretty much anything goes. Even people with saliva dripping from wired-open jaws -- a notion I find more disturbing than uncircumcised penises.

But this was one of the skit premises on the WB's new reality comedy "JKX: The Jamie Kennedy Experiment," a sort of "Candid Camera" for the "Jackass" set. Kennedy plays an assortment of bizarre characters who interact with the marks -- real people who aren't in on the joke.

When they find out they've been "X'd," as the show calls it, usually they take it in good humor. But not always. In a skit that had Kennedy as his Malibu rapper character ruining a group's golf game, one guy threw down his clubs and stormed out.

"And then Jamie reveals, and the guy goes, 'I don't care! I was supposed to golf today!'" recalled co-executive producer Adam Small at the WB news conference. "And his friend says, 'Dude, after 25 years, I thought you had a sense of humor.' They still haven't talked."

"And the guy shot a birdie," noted Kennedy. "What was he pissed off about?"

In one skit, an applicant for a secretarial job is told her duties will include wiping the boss's wired-open mouth and suctioning out his excess saliva -- and can she please demonstrate how she would handle this?

"We also shot one where he's a waiter and he drools on people's bread," said Small.

"JKX" also planned to "X" Sean Maguire in a crossover event with the "Off Centre" cast. Kennedy was going to play "the actor from hell," as Small put it, who had a bit part but kept stealing so many lines from Maguire that the producers said, "Sean, this guy is great. Maybe you might not make it to next season."

Kennedy, who was one of the stars of "Scream 2," was disguised in a wig and glasses. But Maguire recognized him, so the "JKX" turned the tables. "We pulled Sean aside and told him the whole gag, we didn't tell Jamie, and then HE got X'd at the end."

"This guy Sean is amazing," Kennedy said admiringly. "He was getting so mad, and I'm like, 'I'm really good at this.'"

"It's fun having my own TV show that's a hidden-camera show," Kennedy added. "Because if I get caught cheating on my girlfriend, I can just say, 'Baby, it's a joke.'" 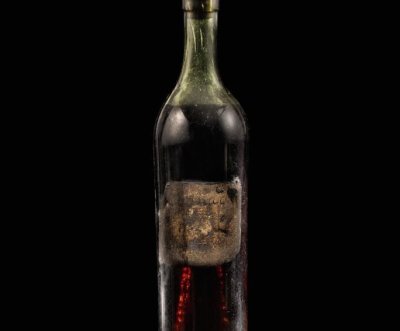 Odd News // 1 hour ago
British couple find exotic insect in broccoli package
May 28 (UPI) -- A British family said they were shocked to find a package of broccoli that had been in their refrigerator for more than two weeks contained an exotic insect -- and it was still alive.

Odd News // 2 hours ago
Metal detector hobbyist returns lost rosary 70 years later
May 28 (UPI) -- A New Jersey man who found a buried rosary while metal detecting a few miles from his home reunited the item with its owner -- 70 years after it was lost. 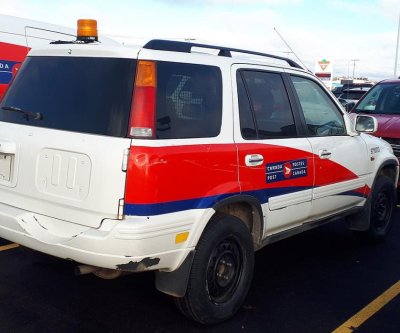 Odd News // 21 hours ago
Canadian man receives package ordered 8 years earlier
May 27 (UPI) -- A Toronto man said he was surprised and confused when a package showed up at his home containing a product he had ordered eight years earlier.

Odd News // 21 hours ago
Italy-bound flight returns to Germany due to closed airport
May 27 (UPI) -- A flight that departed from Germany landed at the same airport four hours later because the intended destination hub in Italy was closed.

Odd News // 22 hours ago
Researchers baffled by 'completely weird' underwater tornado
May 27 (UPI) -- Researchers said a tornadolike formation caught on camera off the coast of Australia was "completely weird."

Odd News // 23 hours ago
Woman wins $127,000 jackpot using money from making face masks
May 27 (UPI) -- An Oregon woman who took up sewing face masks when she was laid off due to the COVID-19 pandemic said the money from her efforts scored her a $127,000 lottery jackpot.

Odd News // 1 day ago
Fisherman discovers 200-year-old shipwreck off Mexican coast
May 27 (UPI) -- A fisherman off the coast of Mexico spotted a shipwreck that archaeologists determined to be more than 200 years old. 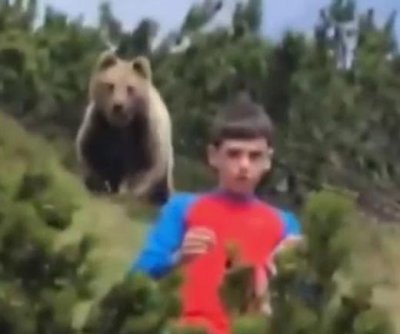 Odd News // 1 day ago
Bear follows 12-year-old boy on hiking path
May 27 (UPI) -- A family out for a hike in northern Italy captured video of the moment a brown bear followed a 12-year-old boy down a mountain path. 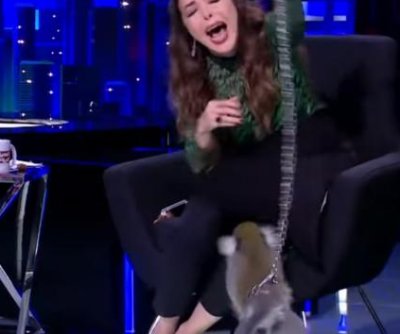 Odd News // 1 day ago
Monkey chases host out of studio during TV interview
May 27 (UPI) -- An Egyptian TV host fled the studio in the middle of an interview when a monkey brought to the set by an actor started attacking her legs. 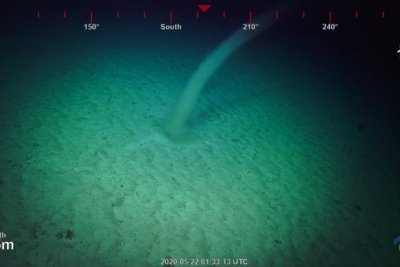 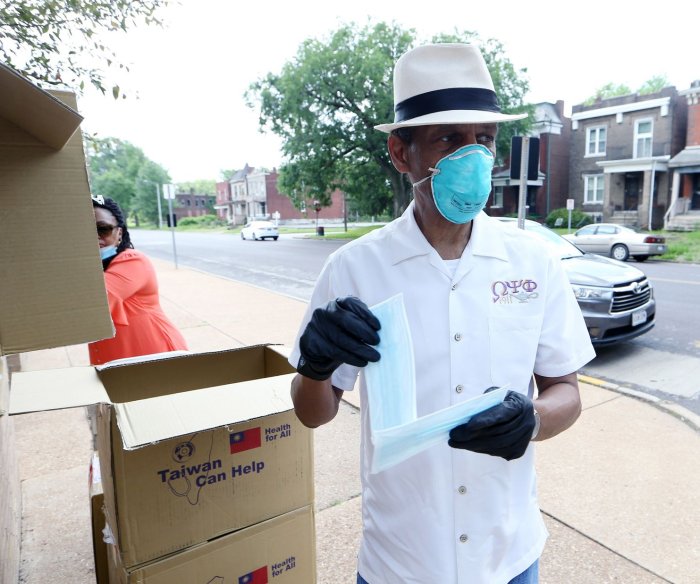