Researchers found anxiety levels have been linked to an increased risk of bone fractures in postmenopausal women, according to a study. Photo by KlausHausmann/pixabay

May 9 (UPI) -- Anxiety levels have been linked to an increased risk of bone fractures in postmenopausal women, according to a study.

With heart disease and gastrointestinal disorders more commonly reported among older women with anxiety, researchers in Italy studied bone fractures' link to the ailments. Their findings were published this week in The North American Menopause Society's journal Menopause.

Worldwide, one in three women over 50 years old will experience osteoporotic fractures, according to the International Osteoporosis Foundation. And among women over 45 years of age, osteoporosis accounts for more days spent in hospital than many other diseases, including diabetes, myocardial infarction and breast cancer.

In previous studies, participants with anxiety disorders were 1.79 times more likely to develop osteoporosis than were people without anxiety. That study revealed how anxiety levels in postmenopausal women were associated with bone mineral density, a key indicator of fracture risk, of the lumbar spine and femoral neck.

RELATED As menopause symptoms get worse, heart may pay a price

The new study recruited 192 postmenopausal women with a mean age of 67.5. Over 10 years, there was a 4 percentage points more probability of major fractures and 2 1/2 percentage points more chance of hip fractures in those with severe anxiety compared with mild anxiety. Fourteen parameters were used to rate anxiety, including tension, fear, sleep and memory issues, depression, physical problems and feeling of restless or frigidity.

"Osteoporosis, which affects mortality and quality of life, is on the rise," Dr. JoAnn Pinkerton, NAMS executive director said in a press release. "In addition to previously known risk factors such as early menopause, cigarette smoking, and certain medications such as steroids, this study suggests that women with anxiety need to be screened for osteoporosis because of their higher risk of low bone density, which is associated with higher osteoporotic fracture risk."

Health News // 11 hours ago
Congress questions HHS chief Alex Azar on COVID-19 'confusion'
Feb. 26 (UPI) -- In separate budget hearings before two congressional committees, Azar told members of Congress that the spread of the novel coronavirus is contained at the moment -- comments that seem to contradict the CDC.

Health News // 6 hours ago
Adult boosters for tetanus, diphtheria may be unnecessary
Countering a U.S. government advisory, a new study suggests that adults may not need regular booster shots for tetanus and diphtheria if they received a complete vaccination series as children.

Health News // 9 hours ago
Sugary sodas linked to risk factors for heart disease, stroke
Sugar-sweetened drinks can play havoc with your cholesterol and triglyceride levels, which increases your risk for heart disease and stroke, a new study finds.

Health News // 14 hours ago
Phone-, tablet-related injuries common, avoidable, experts say
Here's a good reason to put your electronic devices down whenever you can: Experts say that using them incorrectly or too often can put you at risk for a range of injuries.

Health News // 21 hours ago
Poor sleep, bad diet combo linked to heart disease
It's a dangerous equation: Poor sleep triggers a bad diet, and the two can equal a higher risk for obesity and heart disease in women, a new study contends. 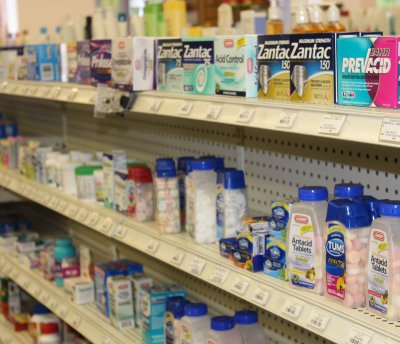