New York pharmacists have been providing flu vaccines to adults age 18 and older for years.

To date, 19,128 cases of influenza were reported in New York, compared with 4,404 confirmed cases for the entire flu season last year. As of Jan. 5, the New York state Department of Health received reports of 2,884 patients hospitalized with laboratory-confirmed influenza, compared to 1,169 total hospitalizations last year -- higher than the worst week of the 2009 H1N1 swine flu.

"We are experiencing the worst flu season since at least 2009, and influenza activity in New York state is widespread, with cases reported in all 57 counties and all five boroughs of New York City," Cuomo said in a statement. "Therefore, I have directed my administration, the state Health Department and others to marshal all needed resources to address this public health emergency and remove all barriers to ensure that all New Yorkers -- children and adults alike -- have access to critically needed flu vaccines."

New Yorkers can find a local vaccine provider by visiting http://flushot.healthmap.org and entering their Zip code. New Yorkers without Internet access can call 1-800-522-5006.

People with flu-like symptoms -- fever, cough or sore throat -- should call their doctor before heading to the hospital. Many New Yorkers are going to the emergency room with mild symptoms and there's no need to go to the hospital unless your doctor advises you to, the state Health Department said.

Advertisement
RELATED Flu in 47 states but a drop in some states
RELATED NY: 4 times as many flu cases as last year
RELATED Influenza, not the only illness spreading

Health News // 27 minutes ago
Living near fracking sites may shorten life spans, study suggests
Older people who live near or downwind of fracking sites have an increased risk of premature death, likely due to airborne contaminants from the sites, according to a new study.

Health News // 38 minutes ago
'Living' cells in breast milk may provide clues to cancer risk, researchers say
Jan. 28 (UPI) -- Researchers at the University of Cambridge in England have harvested living cells from human breast milk that could be used identify those at risk for developing breast cancer, they said. 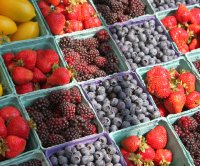 Health News // 12 hours ago
Risks of most 'pathogenic' gene variants are low, study shows
Most gene variants that have been labeled "pathogenic" may make only a small difference in a person's risk of actually developing disease, a new study suggests.

Health News // 23 hours ago
Psychiatric disorders linked with higher risk for heart disease, diabetes death
Jan. 27 (UPI) -- People with mental health disorders are up to twice as likely to die earlier from chronic conditions such as heart disease and diabetes than those without them, a study published Thursday by PLOS Medicine found.

Health News // 1 day ago
Damage from COVID-19 now accounts for 7% of lung transplants
A new study finds that patients with COVID-19-related lung damage now account for nearly one in 10 lung transplants in the United States.
Advertisement