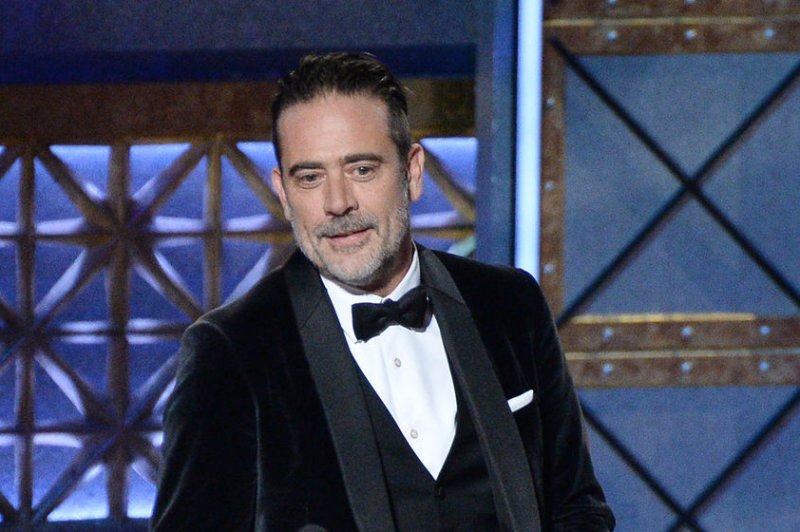 Jeffrey Dean Morgan will host "Friday Nights In with The Morgans" along with his wife Hilarie Burton Morgan beginning April 17 on AMC. File Photo by Jim Ruymen/UPI | License Photo

Friday Night In with The Morgans premieres April 17 at 10 p.m. EDT.

Serrators and Callies were also on The Walking Dead, although Callies and Morgan never overlapped on the series. Callies has a new NBC drama, Council of Dads, premiering April 30. Ackles and his wife, Danneel, Ackles introduced Jeffrey Dean and Hilarie Burton. Danneel Ackles will join Jensen in their interview.

The Morgans will focus conversations on how people are dealing with self-isolation during the coronavirus pandemic.

Jeffrey Dean Morgan played the villain Negan on AMC's hit zombie drama The Walking Dead. Burton Morgan was on One Tree HIll with Danneel Ackles and will be on Council of Dads with Callies. The Morgans appeared together on the CBS drama Extant.

"From our home here at Mischief Farm, we look forward to shining a light on those who are doing good in the world, catching up with old friends and connecting with the awesome fan base we've gotten to know over the years," the Morgans said in a statement.

What to watch next: Sign up for UPI's Streaming newsletter 'Dead to Me' Season 2 to premiere May 8 on Netflix 'SNL' will air remote version of show starting Saturday