Fox renews 'Empire' for Season 6; 'no plans' for Jussie Smollett to return

Actor/singer Jussie Smollett is not expected to return for Season 6 of "Empire," although his contract has been extended to leave the door open for the possibility. File Photo by Christine Chew/UPI | License Photo

Actor Terrence Howard arrives on the red carpet for the  Academy Awards in Los Angeles in 2017. File Photo by Kevin Dietsch/UPI | License Photo

May 1 (UPI) -- Fox has renewed its music drama Empire -- starring Taraji P. Henson and Terrence Howard -- for a sixth season.

The show's future had been in doubt after cast member Jussie Smollett was accused of hiring two men to perpetrate a fake, racist and homophobic assault on himself.

He was initially charged in Chicago, but prosecutors ultimately dropped the case.

Smollett maintains he was the victim of an attack and has refused to pay the $130,000 accrued in overtime as police investigated the alleged crime against him.

Two men are also suing Smollett's lawyers for defamation because the attorneys have repeatedly said Smollett did not hire the brothers to pretend to assault him when they allege he did.

Created by Lee Daniels and Danny Strong, Empire is set in New York and follows the Lyon family, who run a hip-hop music and entertainment company. Smollett plays Jamal, the son of Henson's and Howard's characters, Cookie and Lucious.

Smollett was written off of the remainder of Season 5 amid his legal troubles. Fox said in a statement to Deadline.com Tuesday that Smollett's contract has been extended to Season 6, but there are "no plans" to bring Jamal back.

Smollett's representatives released a statement, thanking his cast-mates for their support and confirming, "We've been told that Jussie will not be on Empire in the beginning of the season but he appreciates they have extended his contract to keep Jamal's future open." 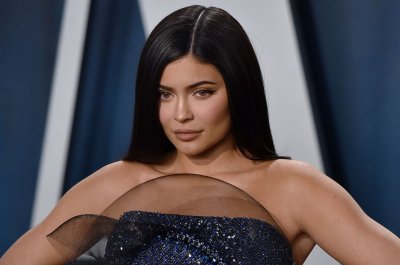