Date night with my lover lover 🖤

The 30-year-old television personality was at home in Tennessee when police executed a warrant for a probation violation, according to TMZ. Edwards is on probation for a previous charge of possessing heroin.

Standifer said in an interview with E! News published Tuesday that Edwards is "so excited" to become a dad of two.

Edwards and Bookout ended their engagement in 2010. Bookout's husband, Taylor McKinney, slammed Edwards and Standifer as "jobless" in a tweet last week following a new episode of Teen Mom OG. 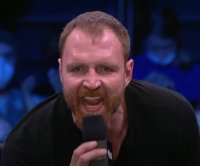