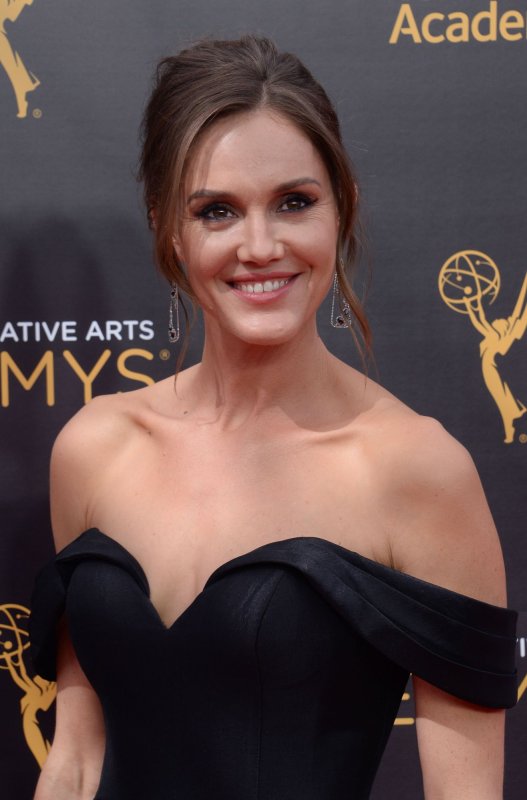 Kevin James arrives on the red carpet at the 2016 CBS Upfront on May 18, 2016 in New York City. File Photo by John Angelillo/UPI | License Photo

Aug. 1 (UPI) -- Donna, the married mom Erinn Hayes played for a season on the sitcom Kevin Can Wait, will have died by the time Season 2 premieres this fall.

CBS recently announced Hayes' character was being written off the show about a retired cop and family man played by Kevin James. Leah Remini, James' former on-screen wife in The King of Queens, is joining Kevin Can Wait as a series regular after a successful guest stint last season.

"The character will have passed away," Thom Sherman, CBS' senior executive vice president of programming, told reporters about Donna Tuesday, stating the show will experience a little bit of a time jump when it returns.

"Erinn is a terrific actress; she did a great job. When everybody collectively saw how Leah and Kevin were together in those last couple episodes, there was an undeniable spark there," CBS Entertainment President Kelly Kahl added.

"Kevin, the studios and the network all got together and wanted to keep that magic and chemistry going forward. Leah was a stunt episode at the end of the season. I don't believe there was any thought toward [having her replace Hayes as the female lead]. It wasn't a test run; she was brought on as we often do stunt casting to pump a little something into the show, and it turned out really well."