Ben Stiller starring in a fake Super Bowl ad for female Viagra which was shown on "The Tonight Show Starring Jimmy Fallon." Photo courtesy of NBC/YouTube

The actor stopped by the late night show Monday to promote his new film, Zoolander 2 and to lament about his ad not airing during Sunday's Super Bowl 50.

"They just bumped it. They didn't show it at the last minute," Stiller said of the fake spot, keeping a serious demeanor. "That's not fair. What was it for," Fallon asked. "Female Viagra," Stiller replied to the sound of the audience laughing.

"Yeah. I mean, you know, there's all those ads for male Viagra out there, but people don't realize there's female Viagra," Stiller continued."I thought, you know, it would be great to get the word out, so I did this spot—more like a public service announcement."

The ad that followed featured the comedian dressed in a football jersey hilariously laying down in bed talking smoothly about the benefits of female Viagra. "Watching football together is great. But I think most men would agree cuddling with their woman after the game is pretty damn magical," Stiller is seen explaining.

"The thing is, even though zero women suffer from erectile dysfunction, over 98 percent of women over 30 suffer from another condition called 'Not Being Turned on By Their Husband Anymore,'" he continues. "Female Viagra helps women get in the mood and stay in the mood, and you only take it when you need it, like anniversaries, special occasions, or when your husband rolls over and says, 'Wanna have sex?'"

The skit ends with a voiceover going over the side-effects of the drug including "dizziness, nausea, having sex with your husband, your husband saying, 'Sorry, was that OK?,' and if your husband is over 70, nightmares,"

Stiller will next be seen in the comedy sequel Zoolander 2, out in theaters Feb. 12. 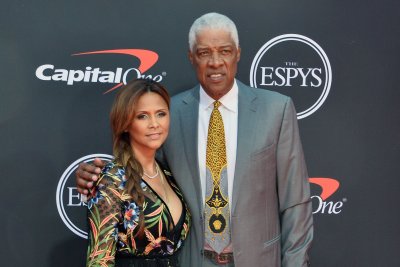 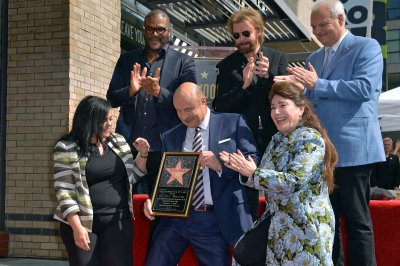