"The social cues are such that you must stay where you are," Mike Myers as his character Wayne told Kanye West about why he must remain in his seat during a live performance. 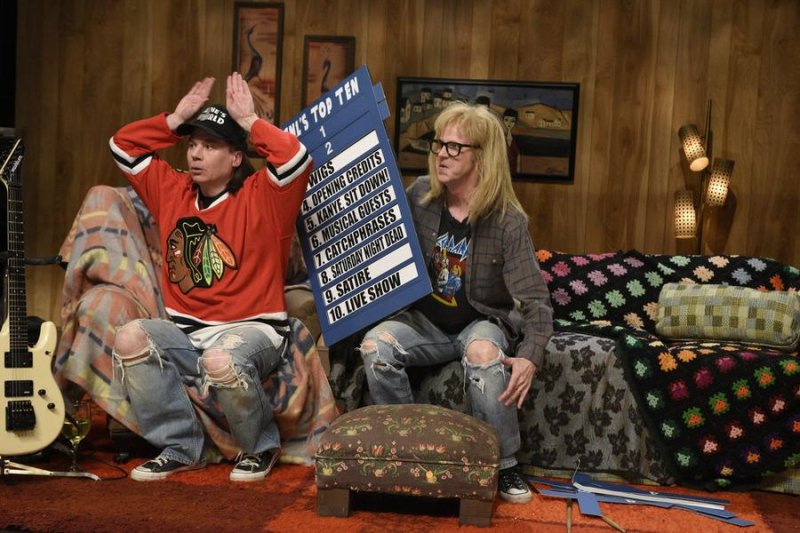 They then used their sketch to call out rapper Kanye West about the times he interrupted winners Taylor Swift and Beck as they were receiving awards because he thought Beyonce deserved their prizes more than they did.

West performed a musical number with Sia and Vic Mensa on the program and was sitting in the audience flanked by what looked like security guards when Wayne and Garth started reading their Top 10 favorite things about SNL, starting with how it is a live program featuring well-crafted satire and memorable catchphrases.

When they got to No. 6 on their roster, they recognized some of the excellent musical guests the show has booked over the years.

"We've had three Beatles, U2, Nirvana, Beyonce and even Beck," Wayne noted.

"Yeah, I think Beck was one of the best. Even better than Beyonce," Garth added.

"We're up here and you're over there," Garth reminded West.

"There is a line of demarcation. OK? Alright?" Wayne said. "The social cues are such that you must stay where you are."

West jokingly attempted to get up twice before security pushed him back down into his seat as Wayne and Garth went on with the rest of their list. No. 1 on the roster of the best things about SNL was the show's outstanding crew. 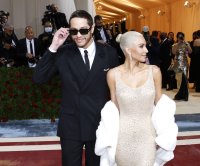