Jennie and the members of Black Pink are working on solo projects. File Photo by Yonhap News Agency/EPA

The 22-year-old K-pop star shared a clip from her "Solo" video Thursday ahead of her solo debut this month.

Jennie will release "Solo" on Monday. The Korea Herald said the singer will debut the song at Black Pink's solo concerts in Seoul over the weekend.

News broke this month that Jennie, Rosé, Jisoo and Lisa are working on solo projects in addition to new music with Black Pink. The group last released the EP Square Up in June.

Music // 13 hours ago
WayV's Kun, Xiaojun enjoy nature in 'Back to You' music video
June 16 (UPI) -- K-pop stars Kun and Xiaojun, members of NCT, released a video for their first single, "Back to You." 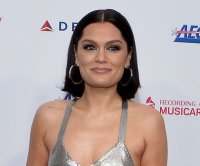 Music // 13 hours ago
Jessie J dances at bar in 'I Want Love' music video
June 16 (UPI) -- Jessie J released a video for "I Want Love," the lead single from her forthcoming fifth album.