SEOUL, Nov. 9 (UPI) -- A South Korean lawmaker of the major ruling Democratic Party of Korea has met mixed reactions to his plan to hold a BTS concert in the North Korean capital of Pyongyang next year after his radio interview on Wednesday.

Ahn Min-seok, chairman of the parliamentary committee of the culture, sports and tourism, said that he would like to see the K-Pop group BTS perform in Pyongyang and he thinks it will happen "if the North and South agree to cooperate with" for the plan.

"Our mission is to facilitate exchanges in culture, sports and tourism between the two until sanctions (on North Korea) are lifted in the future," he said in a KBS radio interview on Wednesday.

His interview has met criticisms and anticipation among BTS fans and the public.

Some BTS fans and critics disapproved his proposal, saying they don't want to see the K-Pop group being "used for political purpose."

Some welcomed the plan with anticipation toward the chance that the group may be able to perform at Rungrado May Day Stadium, the biggest stadium which could accommodate more than 150,000 audiences.

South Korean Unification Minister Cho Myoung-gyon said that North Korean teenagers are watching BTS-featured videos on their smartphones despite their network doesn't have access to the Internet but only to the state-controlled intranet, at a parliamentary question and answer session on Monday.

Cho also said that the number of cell phone users exceeds 6 million, which means one in four North Koreans carry smartphones. The North Korean population is estimated to be about 25 million people, according to the World Factbook by the CIA.

Ha Tae-kyung of the minor opposition Bareun Future Party was also hit hard by BTS fans when he argued that the members of BTS should be exempt from the country's mandatory military service.

In September, debates were underway on the need to update the country's military conscription exemption policy to include broader international achievements, in addition to those awarded in sports and classical arts.

BTS was on the list of South Korean singers, which the government had in mind to invite to perform in a spring concert in Pyongyang in April. But the group couldn't make it because of their busy schedule, Joongang Ilbo reported earlier, citing a government official. 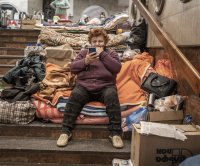 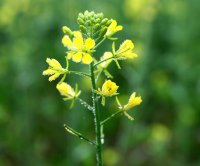 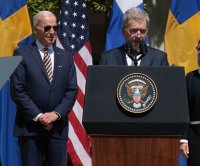