Iman remembers David Bowie one year after his death 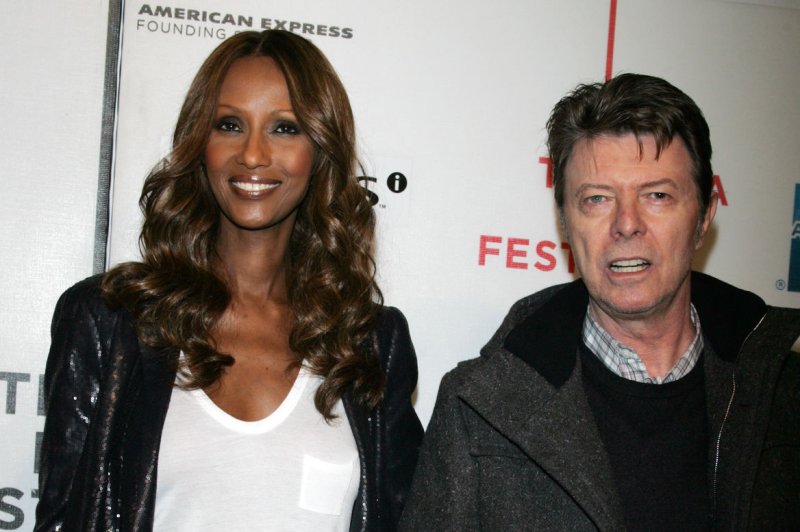 Iman (L) and David Bowie at the Tribeca Film Festival premiere of "Moon" on April 30, 2009. The singer died at age 69 in January 2016. File Photo by Laura Cavanaugh/UPI | License Photo

Iman (L) and David Bowie at the Costume Institute Benefit at the Metropolitan Museum of Art on May 5, 2008. File Photo by Laura Cavanaugh/UPI | License Photo

Iman (L) and David Bowie at the Costume Institute Benefit at the Metropolitan Museum of Art on May 7, 2007. File Photo by Laura Cavanaugh/UPI | License Photo

The 61-year-old Somali model paid tribute to the English singer, born David Jones, Tuesday on Instagram on the anniversary of his passing.

Bowie died at age 69 on Jan. 10, 2016, following an 18-month battle with liver cancer. He and Iman were married nearly 24 years and share 16-year-old daughter Lexi Jones.

"We both understand the difference between the person and the persona," Iman said in an interview with Where Are They Now? that was filmed before the singer's death. "When we are home we are just Iman and David. We're not anybody else."

"You have to be at the right time in your life that you're ready for an everlasting relationship, that it becomes first and a priority in your life," she added during the episode, which aired in April.

BBC Two released a new documentary, David Bowie: The Last Five Years, this week in honor of the singer's birthday, Jan. 8. The show examined the star's last albums, The Next Day and Blackstar, and his play Lazarus.

Peter Sarstedt, 'Where Do You Go To (My Lovely)?' singer dead at 75 Report: Carrie Fisher died of cardiac arrest, Debbie Reynolds of stroke David Blaine says he lacerated his throat during 2016 bullet-catching stunt Celebrity deaths that rocked the world in 2016