The festival is slated to take place June 10-13 in Manchester, Tenn. Tickets are on sale now. 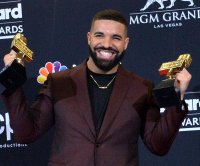