The movie will be screened Oct. 21 as the centerpiece of the festival's closing night gala. Co-starring Shirley Henderson, Danny Huston and Nina Arianda, Stan & Ollie is set for release in U.K. theaters Jan. 19.

"I'm really proud to be able to give the film its world premiere in London; a city that's so dear to myself and I know was to Stan Laurel and Oliver Hardy. Stan & Ollie, at its heart, is a love story between old friends, who just happen to be two of the most iconic comedic characters in Hollywood's history. I'm really excited to have the closing night film and to bring the movie to a festival audience," the film's director John S. Baird said in a statement Friday. 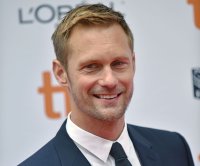