Ant-Man is the superhero persona of scientist Henry Pym.

Actor Paul Rudd arrives for the premiere of "This is the End" at the Regency Village Theatre in the Westwood section of Los Angeles on June 3, 2013. UPI/Jim Ruymen | License Photo

Cast member Evangeline Lilly attends the premiere of "The Hobbit: The Desolation of Smaug" at TCL Chinese Theatre in the Hollywood section of Los Angeles on December 2, 2013. Storyline: After successfully crossing over (and under) the Misty Mountains, Thorin and Company must seek aid from a powerful stranger before taking on the dangers of Mirkwood Forest--without their Wizard. If they reach the human settlement of Lake-town it will be time for the hobbit Bilbo Baggins to fulfill his contract with the dwarves. The party must complete the journey to Lonely Mountain and burglar Baggins must seek out the Secret Door that will give them access to the hoard of the dragon Smaug. And, where has Gandalf got off to? And what is his secret business to the south? UPI/Jim Ruymen | License Photo

The 40-year-old Scott Pilgrim vs. the World director released a joint statement with Marvel Studios on Friday.

"The studio and director have parted ways on ANT-MAN due to differences in their vision of the film. The decision to move on is amicable and does not impact the release date on July 17, 2015. A new director will be announced shortly."

Ant-Man is the superhero persona of character Henry Pym, a scientist who invents a substance that allows him to dramatically change his size. Actor Paul Rudd will star as Ant-Man in the new film. 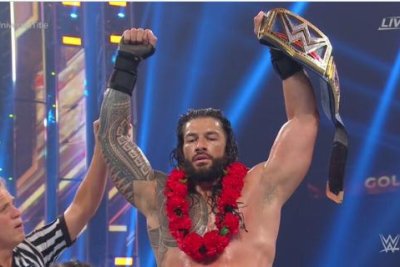