What to stream this weekend: 'Billie Holiday,' Golden Globes

In addition, Post Malone is celebrating Pokémon's 25th anniversary with a concert, Billie Eillish shows her personal life in a new documentary film and Nick Jonas serves as both host and musical guest on Saturday Night Live.

Here's a rundown on some of the films, television shows and concerts set to be released this weekend.

Andra Day stars as the late singer Billie Holiday in this music drama from director Lee Daniels, which comes to Hulu on Friday. The film follows the Federal Bureau of Narcotics' pursuit of Holiday.

Billie Eilish take fans behind-the-scenes as she records and releases her debut album in this documentary, which arrives Friday on Apple TV+. The film, from director R.J. Cutler, will chronicle how Eilish juggled life on the road, stage and at home at age 17.

Classic cartoon Tom & Jerry is back for a new feature-length film, which premieres Friday on HBO Max. The film features a blend of animation and live-action, as Tom is hired to catch Jerry, who has moved into one of New York's fanciest hotels. Chloë Grace Moretz, Michael Peña, Rob Delaney, Colin Jost and Ken Jeong star. Tim Story serves as director.

'Girl on the Train' -- Netflix

Parineeti Chopra, Aditi Rao Hydari, Kirti Kulhari and Avinash Tiwary star in this Bollywood adaptation of Girl on the Train, which comes to Netflix on Friday. Ribhu Dasgupta serves as director. The film follows an unstable woman who becomes embroiled in a murder mystery.

Bigfoot has gone missing with his tech-savvy teenaged son on the case in this animated family film, which arrives Friday on Netflix. Jules Wojciechowski, Roger Craig Smith and Grant George provide voices.

'Crazy About Her' -- Netflix

Adri (Álvaro Cervantes) has the best night of his life with Carla (Susana Abaitua), who is a resident at a mental health facility in Crazy About Her, which premieres Friday on Netflix. Adri checks himself in as a patient to reconnect with Carla again in the film from director Dani de la Orden.

Griffin (Preston Oliver) and his family move from Chicago to take ownership of an abandoned hotel in Louisiana in Secrets of Sulphur Springs, which is coming to Disney+ from Disney Channel with five episodes Friday. Griffin and his classmate, Harper (Kyliegh Curran), discover a portal that allows them to travel back in time to solve a town mystery.

RuPaul's Drag Race will go behind the scenes and show Season 13 was filmed during the COVID-19 pandemic in this documentary special, which airs Friday at 8 p.m. EST on VH1. The special will explore the creative challenges in getting the set ready and changes that were made to help combat the virus.

Nick Jonas is pulling double duty on the next installment of Saturday Night Live, which airs Saturday at 11:30 p.m. EST on NBC. Jonas serves as both the guest host and musical guest.

The 78th annual Golden Globe Awards will air live Sunday on NBC at 8 p.m. EST. Tina Fey and Amy Poehler host for the fourth time. Netflix's Mank and The Crown lead with six nominations each.

The Walking Dead returns with six bonus episodes for Season 10, with the first one airing Sunday at 9 p.m. EST on AMC. The extended Season 10 will lead into the zombie drama's 11th and final season.

Post Malone will perform at the Pokémon Day virtual concert, which will be shown Saturday at 7 p.m. EST on YouTube, Twitch and Pokemon.com. The concert celebrates Pokémon's 25th anniversary.

D'Angelo is headlining the next edition of web series Verzuz, which will take place Saturday at 8 p.m. EST on the official Verzuz Instagram account and Apple Music. D'Angelo will perform live from the Apollo Theater in New York City's Harlem, and will be joined by a group of special guests yet to be announced.

'Black Renaissance: The Art and Soul of our Stories' -- YouTube 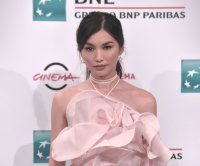 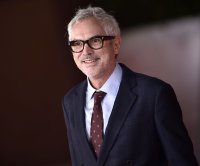