March 18 (UPI) -- WrestleMania season is still going strong despite the COVID-19 pandemic as WWE will air the 36th edition of "the showcase of the immortals" over two nights on April 4 and April 5 from the Performance Center in Orlando without fans in attendance.

The annual super bowl of professional wrestling is known for its pageantry and special effects that accompany each WWE superstar's entrance.

From outrageous props to cinematic videos, WrestleMania always provides entrances that rival summer blockbusters and allow the performers to appear more larger-than-life than ever before.

Here are UPI's Top 5 WrestleMania entrances of all time.

Heading into WrestleMania 20, The Undertaker teased he was returning to his classic Deadman persona after spending years as a biker character. The attitude change was due to his brother Kane once again challenging The Phenom to a match at the grandest stage of them all.

Despite being teased for weeks, fans were still overjoyed to see The Undertaker return back to his roots with his original theme song and manager Paul Bearer by his side.

Bearer kicked things off with his signature "Oh Yessss" shriek after the lights went off in the arena. A number of druids then entered, each carrying a fiery torch that was held up as The Undertaker walked to the ring.

This entrance is memorable for it's bone-chilling presentation and for Undertaker's return to form. He hasn't stopped being The Deadman ever since.

While The New Day would most likely like to forget their match against The League of Nations at WrestleMania 32, their entrance at the event was one of the most unique in WWE history.

The fan-favorite trio consisting of Kofi Kingston, Xavier Woods and Big E, were known for throwing their Booty-Os cereal into the crowd and then later selling the breakfast item which featured the tagline, "They make sure you ain't booty!"

Booty-Os made a big appearance during The New Day's entrance as a giant box of the cereal was placed onto the entrance ramp. The cereal box was then tipped over with The New Day spilling out in grand fashion.

The New Day proved that everything and anything can happen during a WrestleMania entrance and that not every wrestler needs to take themselves so seriously during the big show.

Shawn Michaels had one of the greatest WrestleMania matches ever at WrestleMania 12 against fellow Hall of Famer Bret Hart in a 60-minute Iron Man match for the then WWF World Heavyweight Championship.

The Heartbreak Kid at first confused fans in Anaheim by having his mentor Jose Lothario enter first once his iconic music filled the arena. Lothario made it to the ring and then pointed to the rafters where Michaels was waiting.

Michaels would shock and surprise the audience by using a zip line to fly down to the ring. Michaels was cool and calm during the stunt and was able to put on a real show for his adoring fans.

"Unbelievable! What a ride!" WWE chairman and CEO Vince McMahon said on commentary as Michaels was flying. The image of The Showstopper descending from the top of the building as camera's flashed has been replayed for years.

The moment set a new standard for WrestleMania entrances and is just one of the many reasons why Michaels earned the nickname of Mr. WrestleMania.

The entrance mimicked an action-packed scene from the Fast & Furious series as Cena was seen racing through the streets of Detroit at high speeds before he made it to the venue.

As Cena sped through a parking garage, he then revved up the engine and drove the car through a WrestleMania 23 glass sign that was located near the entrance ramp. The scene was movie quality and perfect for a match against Michaels for the WWE Championship.

It seems fitting that years later Cena will star in the next Fast & Furious installment, F9.

Triple H has made a career out of arriving to WrestleMania in style, making him the undisputed king of WrestleMania entrances.

This entire list could only contain Triple H entrances from throughout the years and it would still be valid. The Game has channeled Mad Max, rode a motorcycle while being escorted by police and even once arrived surrounded by T-800s from the Terminator series while holding up a collection of their robotic skulls.

This entrance stands out above the rest as it best represents Triple H's dominating career as The King of Kings.

Triple H, before his match with Daniel Bryan at WrestleMania 30, arrived on a golden throne while wearing a red cape and matching gold-plated armor as dramatic music played. Atop his head was a golden crown and a skull mask which when removed, sent goosebumps to WWE fans.

An added bonus were cameos by some of WWE's greatest female wrestlers, Charlotte Flair, Sasha Banks and Alexa Bliss.

This entrance showcased the power Triple H wields backstage and in the ring. It was a firm reminder of how he sits atop the WWE food chain and is a classic example of what WrestleMania represents. The biggest stars in professional wrestling competing at the biggest stage. 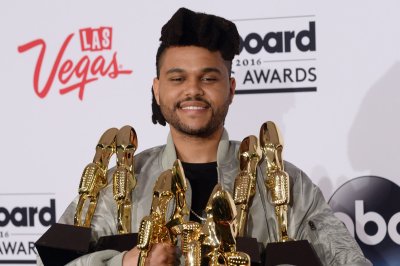