July 2 (UPI) -- Riverdale star Camila Mendes appears to have a new man in her life.

Houston shared a photo Saturday on Instagram of himself and Mendes in Montauk. The picture shows the pair smiling and striking a pose along the shoreline.

Houston also shared a snapshot with Mendes on her birthday Friday.

Mendes and Houston were first linked in June after the actress posted a photo of Houston and another friend giving her a kiss on the cheek. E! News subsequently reported Mendes and Houston have been dating for two months.

Mendes plays Veronica Lodge on Riverdale, which is based on characters from Archie Comics. The CW series co-stars KJ Apa, Lili Reinhart and Cole Sprouse. 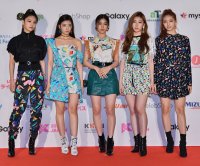