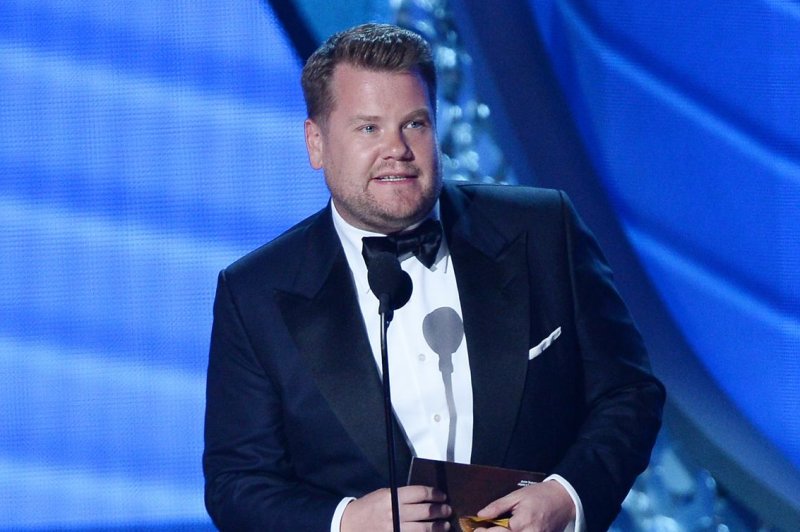 James Corden speaks onstage during the 68th annual Primetime Emmy Awards on September 18, 2016. Corden premiered a new ad for Apple Music during the Emmy's which featured him dresses as iconic musicians like David Bowie and Slash. Photo by Jim Ruymen/UPI | License Photo

LOS ANGELES, Sept. 20 (UPI) -- The Late Late Show host James Corden channeled David Bowie and a few other iconic artists in a series of bad pitches to Apple execs as part of an ad for Apple Music.

The commercial, which debuted during the Emmys, features Corden pitching one bad idea after another to Apple bigwigs Jimmy Iovine, Eddy Cue and Bozoma Saint John.

Corden then suggests that he appear in the ad dressed as a list of iconic musicians like David Bowie, Slash, the Spice Girls (all of them), and Pharrell -- to which the real Pharrell simply says, "stop."

Corden has signed an exclusive deal with Apple which will feature 16 episodes of Corden's upcoming Carpool Karaoke, based on his popular Late Late skit.

Entertainment News // 2 hours ago
Hulu: What's coming and going in October 2021
Sept. 23 (UPI) -- "Queens," every episode of "Castle," and new seasons of "Grey's Anatomy" and "The Bachelorette" and are headed to Hulu.