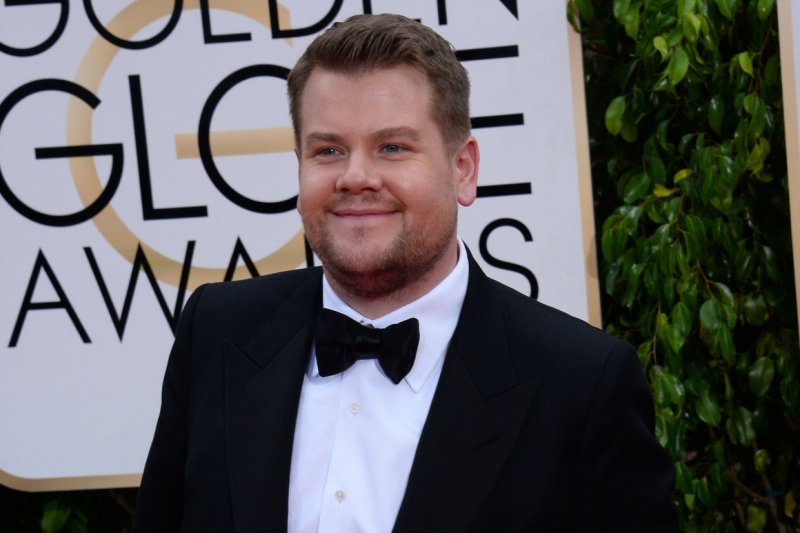 James Corden attends the 72nd annual Golden Globe Awards on January 11, 2015. Corden was joined by Adam Scott and Meg Ryan for a skit on "The Late Late Show" that saw all three actors speaking only in Beyonce lyrics. File Photo by Jim Ruymen/UPI | License Photo

Meg Ryan arrives at a photocall for the film "Countdown to Zero" at the 63rd annual Cannes International Film Festival in Cannes, France, on May 16, 2010. File Photo by David Silpa/UPI | License Photo

The fake daytime drama, The Bold and The Lyrical, featured Scott and Ryan as secret lovers whose trysts were discovered by Ryan's boyfriend, played by Corden.

The skit opened with Scott and Ryan in bed and Scott's opening line of, "I love to love you, baby," from Beyonce's song "Naughty Girl."

Ryan replied with another line from the song, "Tonight I'll be your naughty girl."

Corden then took it old school with some Destiny's Child lyrics from "Say My Name."

"You're acting kind of shady," he told Ryan who was struggling to keep a straight face while Scott hid under the covers. "You ain't calling me baby. Why the sudden change?"

Corden discovered Scott under the blanket and the two used Queen Bey (and a little Lady Gaga from Scott) to fight over Ryan who ultimately told Corden, "If you liked it then you should've put a ring on it," before delivering a classic soap opera slap.

Ryan ultimately chooses Scott leaving Corden to say, "I don't think you're ready for this jelly, cuz my body is too bootylicious for you babe," from the 2001 song "Bootylicious."