"The fact that there even needs to be a 'Women in Hollywood' event is a little bit sad," the actress declared.

Ben Affleck holds his Oscar for best Motion Picture of the Year "Argo" backstage at the 85th Academy Awards at the Hollywood and Highland Center in the Hollywood section of Los Angeles on February 24, 2013. UPI/Jim Ruymen | License Photo

Cast member Jennifer Garner attends the premiere of the motion picture family comedy "Alexander and the Terrible, Horrible, No Good, Very Bad Day" at the El Capitan Theatre in the Hollywood section of Los Angeles on October 6, 2014. Storyline: Alexander's day begins with gum stuck in his hair, followed by more calamities. Though he finds little sympathy from his family and begins to wonder if bad things only happen to him, his mom, dad, brother, and sister all find themselves living through their own terrible, horrible, no good, very bad day. UPI/Jim Ruymen | License Photo

The 42-year-old actress was among those honored at the event, and gave an impassioned speech on how men and women are treated differently in Hollywood.

"The fact that there even needs to be a 'Women in Hollywood' event is a little bit sad," she declared. "I mean, the men in Hollywood event is every day -- it's called Hollywood. Fifty-one percent of the population should not have to have to schedule a special event to celebrate the fact that in an art that tells the story of what it means to be human and alive, we get to play a part."

Garner illustrated her point by sharing an anecdote about herself and husband Ben Affleck. The couple recently attended separate press junkets, and while Garner found herself regaled with questions about balancing work with family, Affleck was asked about Gone Girl co-star Emily Ratajkowski's breasts.

"We got home at night and we compared notes," the actress recalled. "As for work-life balance, he said no one asked him about it that day. As a matter of fact, no one had ever asked him about it. And we do share the same family. Isn't it time to kinda change that conversation?"

Garner and Affleck married in June 2005, and have three children together: Violet, Seraphina and Samuel. The actress will next appear alongside Al Pacino and Michael Caine in Danny Collins, while Affleck is scheduled for Batman v Superman: Dawn of Justice and Live by Night in 2016. 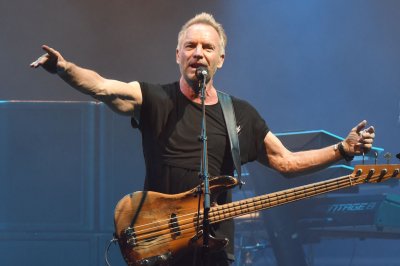