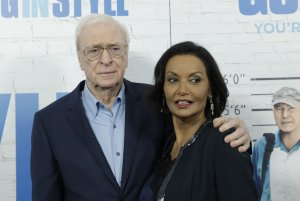 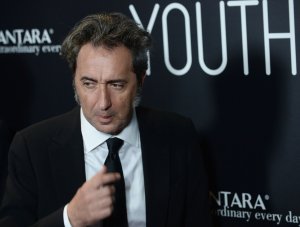 Movies // 1 year ago
'Book of Love': Sam Claflin, Veronica Echegui to star in romantic comedy
"Me Before You" actor Sam Claflin and "My Name is Juani" actress Verónica Echegui have joined the Sky Original film "Book of Love."

Entertainment News // 1 year ago
Andy Richter: COVID-19 makes for 'interesting' times on 'Conan'
Comedian Andy Richter is keeping busy amid the COVID-19 pandemic, but efforts to slow the spread of the virus have brought some big changes to his podcast and his work on late-night series "Conan."

Movies // 2 years ago
'Tenet' to open internationally before U.S. release
Warner Bros. announced on Monday that director Christopher Nolan's Tenet will be released into theaters outside the United States starting on Aug. 26.

Movies // 2 years ago
'Tenet' delayed to August 12
Warner Bros. has once again delayed the theatrical release of director Christopher Nolan's "Tenet," with the film now set to arrive on Aug. 12.

Hang on a minute, lads. I've got a great idea

In the coach I crawl up, switch on the engine, stay there for four hours until all the petrol runs out

I was with (a Warner Bros.) executive and I said, 'Are we going to make another one?

Sir Michael Caine, CBE (born Maurice Joseph Micklewhite; 14 March 1933) is an English actor. He won Academy Awards for best supporting actor in both Hannah and Her Sisters (1986), and The Cider House Rules (1999).

Caine is one of only two actors nominated for an Academy Award for acting (either lead or supporting) in every decade from the 1960s to 2000s (the other one being Jack Nicholson). In 2000, Caine was knighted by Queen Elizabeth II, in recognition of his contribution to cinema.

Caine was born Maurice Joseph Micklewhite in St Olave's Hospital, Rotherhithe, Southwark in South East London, the son of Ellen Frances Marie (née Burchell), a cook and charlady, and Maurice Joseph Micklewhite, a fish market porter. His father was of part Irish and Irish Traveller ancestry, and a Catholic, though Caine was brought up in his Protestant mother's religion.

FULL ARTICLE AT WIKIPEDIA.ORG
This article is licensed under the GNU Free Documentation License.
It uses material from the Wikipedia article "Michael Caine."